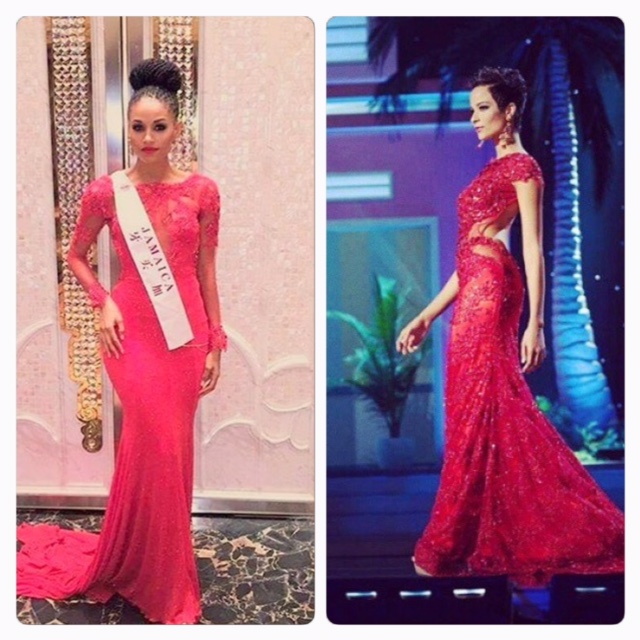 Jamaica’s entries to the 2015 Miss World and 2014 Miss Universe contests made pageant history with their choice of hair styles. Jamaica’s Kaci Fennel, fourth runner-up at the 2014 Miss Universe contest was the first participant ever to get into the Top Five with short hair. She’s the reason the hashtag #ShortHairDontCare became popular on social media. In 2015, Dr. Sanneta Myrie, also named fourth runner-up at the 2015 Miss World event, was the first contestant in dreadlocks to crack the Top Five.