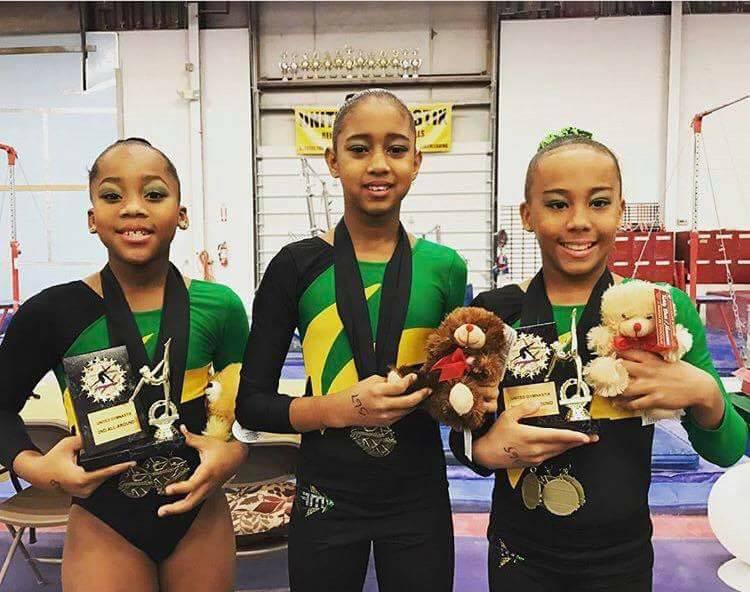 The Jamaican Junior Development Gymnastics team was in top form at the United Winterfest Championships in Maryland. The team participated in the three-day tourney for the first time and achieved several “creditable all-around performances.” Danielle James was singled out for her excellent performance in the Level Eight competition. James achieved an All-Around score of 36.2 of a possible 40. She finished second on Vault (9.05), fourth on Bars (8.85), first on Beam (9.5) and eighth on the floor apparatus with a score of 8.8. 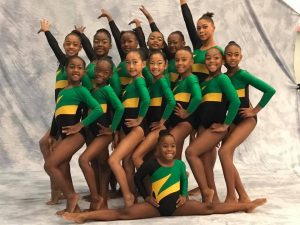 Nicole Grant, the president of the Jamaica Amateur Gymnastics Association (JAGA), expressed pride at the performance of the entire 16-member team. Grant, who was at the Championships, noted that the event provided a chance for gymnasts to learn from the judges – all of whom are world-class and Olympic judges – following the meet. Grant said the girls did well, worked hard, and made the effort to do well for Jamaica. “When they went on the podium you could see it in their eyes how happy and produce they were,” she said. Grant went on to say that the team displayed “impressive” skills on their first outing, where they gained valuable experience and learned from other competitors. She also made a plea for sufficient funding to help the team obtain a proper facility.