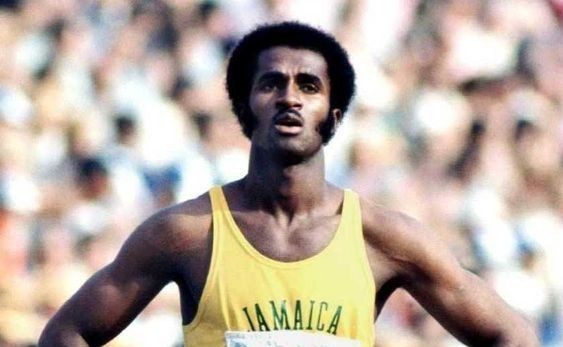 In the first of a new series called Jamaican Sports Heroes, we feature Donald Quarrie. He is regarded as one of the finest sprinters in the history of track and field. He is also considered the greatest runner around the bend.

Don Quarrie is regarded as one of the finest sprinters in the history of track and field. He is also considered the greatest runner around the bend. Don is a world class athlete who is not only respected for his athletic ability but also his discipline and his demeanor on and off the field.

Quarrie competed in five Olympic games. This is an exceptional accomplishment for a sprinter. The high point of his career came in the 1976 Olympics in Montreal. Don captured the gold in the 200m and the silver in the 100m. His silver finish was just 0.01 seconds behind the winner. While training for the 1980 Moscow Olympics, Don met in a car accident. He was able to recover and make the team and ended up with the Bronze medal in the 200m.

The Commonwealth Games is where Quarrie had some of his best performances. He became the first male athlete to earn six gold medals in these competitions. For three consecutive games, Don won the gold medal in the 100m. He won the 200m in the 1970 games and successfully defended his title in the 1974 games. Don was well on his way to winning a third gold in the 200m but he suffered cramps in his semi-final heat and was not able to advance to the final round.

Don’s outstanding career would not be complete without being a world record holder. In 1971, Don broke the world record for the 200m. He ran a blistering 19.80 seconds at the Pan American Games in Cali, Columbia. In 1976, he tied the world record for the 100m with a time of 9.9. With all his accomplishments, Don always maintained a good natured attitude and was admired and respected by his peers.

Quarrie has received recognition both on and off the field, a statue of him is proudly positioned at the entrance to Jamaica’s National Stadium. There is also a school (Donald Quarrie High School) that bears his name in Eastern Kingston. Musical artists have also sung the praises for Don, “Tribute to Donald Quarrie” is a reggae song written by Joe Gibbs and The Guerillas. Many Jamaicans still refer to him in casual conversation, citing his speed in comparison to an event. Comments like, “I was running so fast, not even Don Quarrie could have caught me that night.” are common among Jamaican Nationals.

Don has long since retired from competition but he is still active in the sporting world. He has been working as a sports agent and was Inger Miller’s manager in the 1990’s. He also finds time to give back to the community. Don has also given time to help deliver holiday presents to hospitalized children. Don Quarrie, a true Jamaican hero.