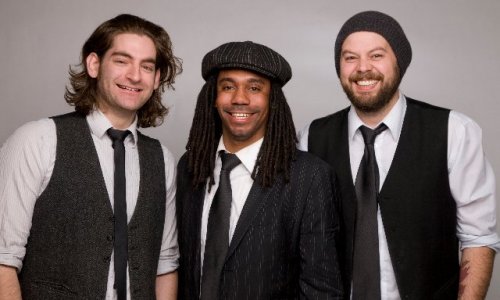 The JULIAN TAYLOR BAND is truly on a roll with their upcoming performance at the prestigious Toronto Urban Roots Festival (TURF) on September 19th @ 2:00 pm, a nomination for Best Duo or Group from the 2015 Indigenous Music Awards to be held on September 11th in Winnipeg, and a new song “Just a Little Bit” hot off the press. The band will release a double album on the new label Aporia Records, in four parts over four seasons, called Desert Star, beginning this fall.

The Julian Taylor Band continues their run of recent successes since their 2014 debut release of Tech Noir, with an upcoming performance on the West Main Stage at the esteemed Toronto festival TURF. The full band will perform alongside such high profile artists as UB40, Neko Case, Ron Sexsmith and The Strumbellas. The festival runs September 16-21 with JTB on September 19 at 1:20-2:00 pm.

More good news to announce as the band garners a nomination for Best Duo or Group for the 2015 Indigenous Music Awards which take place on September 11th at the MTS Centre in Winnipeg. Frontman Julian Taylor is of both African and Native-Canadian descent, born and raised in Toronto, and is thrilled and honoured to be included.

The first JTB project to be launched with the Aporia Records label is the much anticipated double album Desert Star. The idea for the band’s sophomore album is to have a four-song EP released every quarter-year until completion, starting this fall, instead of releasing the full album at once. The EPs will stand alone as individual projects, but they are intended to contribute to one greater idea: that if a single flower can grow in a desert, anything can.

A track from the first EP of the Desert Star series, “Just a Little Bit” was introduced at the start of September on Allnaturalmusic.com and will be officially released September 11. It’s already been getting huge radio support from the CBC and Live 88 which bodes well for the success of the album.