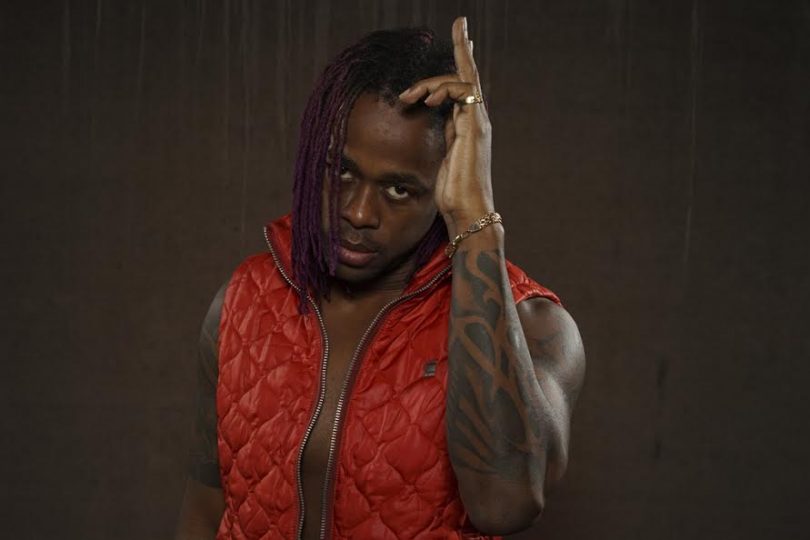 Just weeks after releasing the collaboration video for the single ‘Adultery’ he has with deceased Dancehall artiste J Capri, Kalando almost suffered the same fate after meeting in a near fatal car accident late Sunday Night.

Kalado, who was traveling on Red Hills Road in Kingston, swerved to avoid hitting a car who made an abrupt stop in the middle of the road, in swerving however he ended up in the path of an oncoming vehicle and collided head-on with that vehicle.

His car is badly damaged and had its airbag deployed, the artiste also suffered a head injury but was not kept in hospital overnight. No one was fatally hurt in the crash.

Kalado was noticeable shaken up after the accident and is thankful that it was not as fatal as that of J Capri who died over a year ago in a similar car crash.

“Nothing in life surprises me still, is just one of those things, when something great is coming some problem always rise up. Just have to give God thanks that it wasn’t worse” Kalado shared

The artiste has been out nightly at events promoting his new single ‘Bruk Foreigner’ that has been taking over the dancehall space. His ‘Adultery’ music video with J Capri has also been receiving excellent reviews along with recent singles ‘Ghetto Pledge’ and ‘Bounce’.