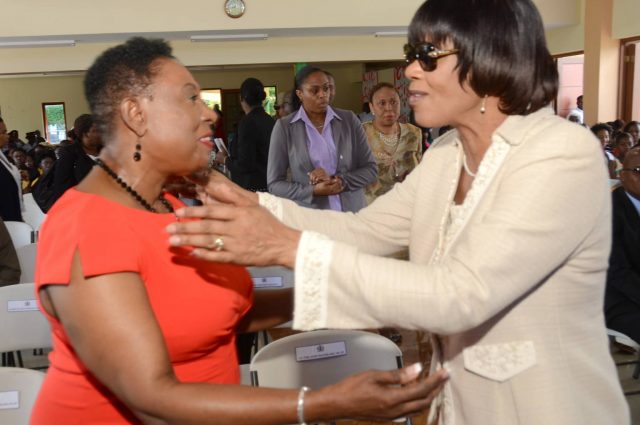 In his message read by Acting Custos for St. Andrew, Lt. Commander John McFarlane, at a Thanksgiving Service on May 15 at the Olson Memorial Church of God in St Andrew, the Governor-General said this will lead to Jamaica’s economic future being secured on a good foundation.

The service was held to mark the start of the observance of National Workers’ Week, which will last until Labour Day, May 23.

The Governor-General said this year’s observance under the theme: ‘For Health’s Sake…Keep It Clean’, which will see a range of clean-up activities in communities islandwide, is significant given the rise in vector-borne diseases.

He added that it is expected that activities for the week will heighten awareness of the correlation between cleanliness and the health and wellbeing of all Jamaicans.

“A healthy and clean environment that promotes infection control, prevents injuries and improves the health of all workers must be our number one priority at this time,” the Governor-General said.

Meanwhile, he saluted Jamaican workers and applauded their contribution to national development, and also extended special commendations to care-givers and homemakers.

“Thank you for the support that you give to your families and for the important values that you are working to instill in our nation’s children.  Experience has shown that the positive values learnt in one’s youth and the wholesome practices in which one engages, build good character and shape personalities that are right for Jamaica,” the Governor- General said.

He also called for focus on purity in other areas of national life essential to development, such as: honesty in interpersonal relations, in the examples and behaviours modeled by young people, and in workmanship.