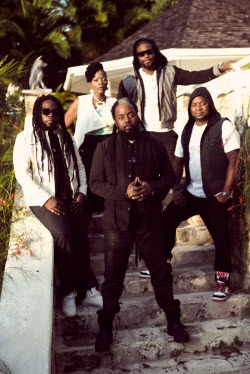 The Royal Family of Reggae, Morgan Heritage, are excited to announce that their tenth studio album, Strictly Roots, is now available for pre-order. Strictly Roots will be released digitally worldwide on April 20th, 2015 and physically April 21st, 2015 (Europe May 29th, 2015).

Morgan Heritage recently premiered the video for their single, “Perform And Done,” with Billboard.com. The song is already receiving substantial airplay nationwide from stations including WQHT-New York, WEDR-Miami, WAMJ-Atlanta, WBTT, WJBT-Jacksonville, WJMN-Boston and WERQ-Baltimore. In addition, the band premiered “So Amazing,” the second single off the album on Yahoo! Music.

The band, who have established themselves as the premiere live group on the reggae circuit, will be kicking off the Strictly Roots tour in support of the their newest album on April 8th in Washington D.C. and wrapping up in Las Vegas, NV on April 27th. The tour also features third generation ambassador from the Morgan family, Jemere Morgan, as a special guest.

Guided by sheer acumen and a passionate desire to make their already rich musical legacy even more impactful, Morgan Heritage, after much deliberation and contemplation, triumphantly delivers their latest album exclusively on their very own label CTBC (Cool To Be Conscious) Music Group.

Throughout 2015, Morgan Heritage will be touring in support of Strictly Roots, which will be released digitally on April 20th, 2015 and physically on April 21st, 2015.