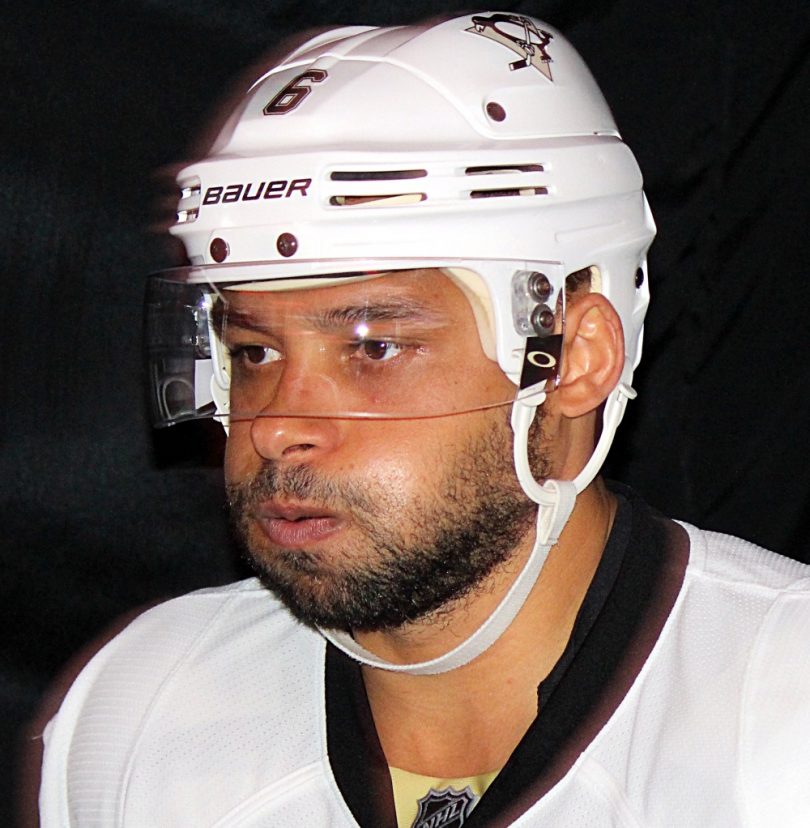 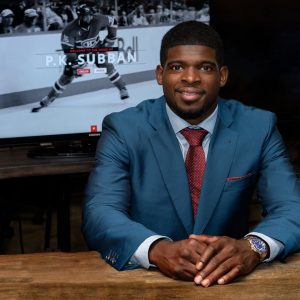 Pernell Karl “P. K.” Subban, 27, was born in Ontario, Canada, to a Jamaican father and a Montserratian mother. In 2007, he was drafted by the Montreal Canadiens in the second
round, 43rd pick overall. In 2013, Subban was the winner of the James Norris Memorial Trophy as the top defenseman in the league; he also tied with Kris Letang as leading scorer among defensemen. He was named to the 2014 Winter Olympics Canadian hockey team and participated in the games at Sochi, defending the teams 2010 gold medal. The team won the gold, defeating Sweden 3 to zero in the tournament final. At the international level, Subban won a gold medal with Canada at the 2014 Sochi Winter Games. 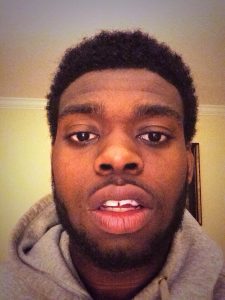 The brother of Pernell Karl “P.K.” Subban, Malcolm-Jamaal Justin Subban, shares his Jamaican and Montserratian heritage, At 23; he was chosen by the Boston Bruins in the first round of the 2012 NHL Entry Draft. The Bruins made Subban the 24th overall choice in the 2012 draft, and he signed a contract with the club to play for three years just before the 2012-2013 NHL lockout. 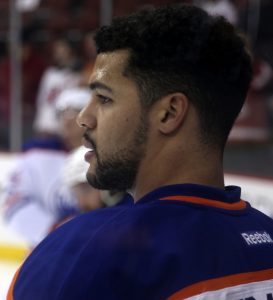 Mark Alexander Fraser is a defenseman for the Ottawa Senators hockey team. He is of Jamaican descent and was a student at the University of Waterloo during the two years he played for the Kitchener Rangers. Fraser has also played for the Toronto Maple Leafs, Edmonton Oilers, and New Jersey Devils. He returned to the Devils when he signed a one-year American League contract with its affiliate the Albany Devils in 2014. He played with the New Jersey Devils in 2015. In September of 2015, Fraser signed with the Ottawa Senators, making a one-year, two-way contract. His brother, Curtis Fraser, works as a traveling assistant for the Prime Minister’s Office. 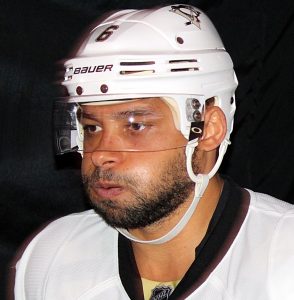 Trevor Daley, defenseman for the Pittsburgh Penguins, was born in Toronto to a black Jamaican-Canadian father and a white Canadian mother. He has played for the Chicago Blackhawks and the Dallas Stars, making his debut in the NHL with the Stars during the 2003-2004 season. He played a career-high of 81 games in the 2005-2006 season and was named to Canada’s 2006 World Champions squad. He was traded to the Blackhawks in July 2015, in exchange for Patrick Sharp and Stephen Johns. In December 2015, he was traded to Pittsburgh for Rob Scuderi. 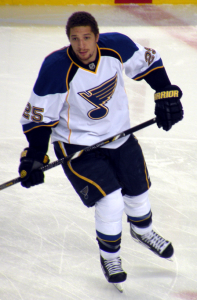 Chris Stewart currently plays for the Anaheim Ducks, but was born in Toronto. Both of his parents have Jamaican and Irish heritage. Stewart has previously played for the Colorado Avalanche, Buffalo Sabers, Minnesota Wild, and St. Louis Blues NHL teams. He played junior hockey with the Kingston Frontenacs in the Ontario Hockey League. He signed a $1.7 million one-year contract with the Anaheim Ducks in July 2015.