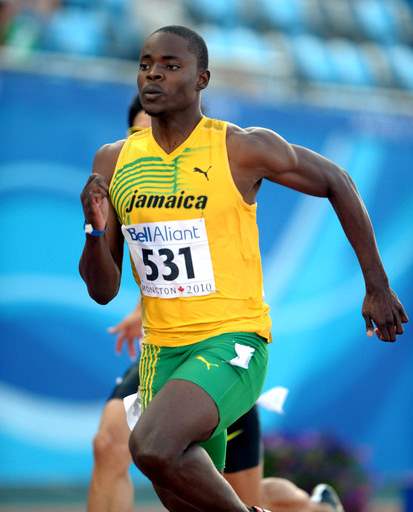 On July 10th 2008 Jamaican Sprinter Dexter Lee, was victorious in the 100-meter sprint at the 12th IAAF world junior championships in Poland. The sprinter clocked 10:40 seconds and outpaced Wilhelm van der Vyver of South Africa, who came in second with 10:42 seconds and Terrell Wilks of the United States, who was third with 10:45 seconds.  He became the first athlete to win back-to-back titles at World Junior Championships in Athletics when he won the 100 metres in 2008 and 2010.