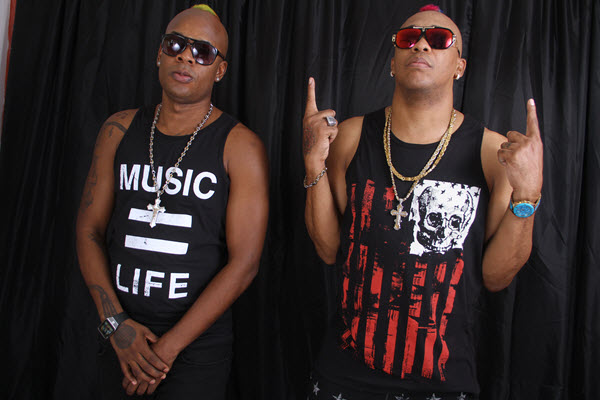 Reggae Dancehall trailblazers RDX are definitely enjoying their 10th year in the industry with unwavering success and increasing popularity. The artistes have consistently released mega hits every year in their decade long career and 2017 is no exception.

The song has now garnered another accolade as the unique and refreshing ‘Shake Your Bam Bam’ video has exceeded one and a half Million views just five weeks after its official release.

“We are very happy that the single is still doing well and now the video is following suit, 1.5 Million organic views in just over a month is a strong start. We think this is due to the quality of the song itself and refreshing concept of the music video; the feeling of nostalgia it brings to Dancehall and Reggae lovers globally, ” Renigade of RDX shared.

The ‘Shake Your Bam Bam’ single is the first release from the duo’s upcoming album ‘Level Up’ set for official digital distribution on October 20, 2017. There are plans to release another single from the 14 track project in the coming weeks but the artistes and their Shella Posse team, as well as their distributor 21st Hapilos Digital, have not yet decided which single will be the follow up to ‘Shake Your Bam Bam’.

The ‘Level Up’ album is also compiled of completely new and unreleased material from RDX and captures the true essence of Reggae and Dancehall music while merging international influences with RDX’s vibration.

“This is a fresh material project for RDX for our 10th anniversary. If you like “Shake Your Bam Bam” you will love this album as it captures the true essence of Dancehall, Reggae, Jamaica and the Caribbean. Some content is unexpected and will be a new experience to RDX fans as well,” Delomar of RDX added

The official video for ‘Shake Your Bam Bam’, shot in St Mary Jamaica, was officially released on Jamaica’s Independence Weekend August 6. It showcases a throwback ode to Jamaica’s culture and authentic reggae music while capturing beautiful scenes from the island itself. The video can be viewed on RDXVevo and on YouTube.