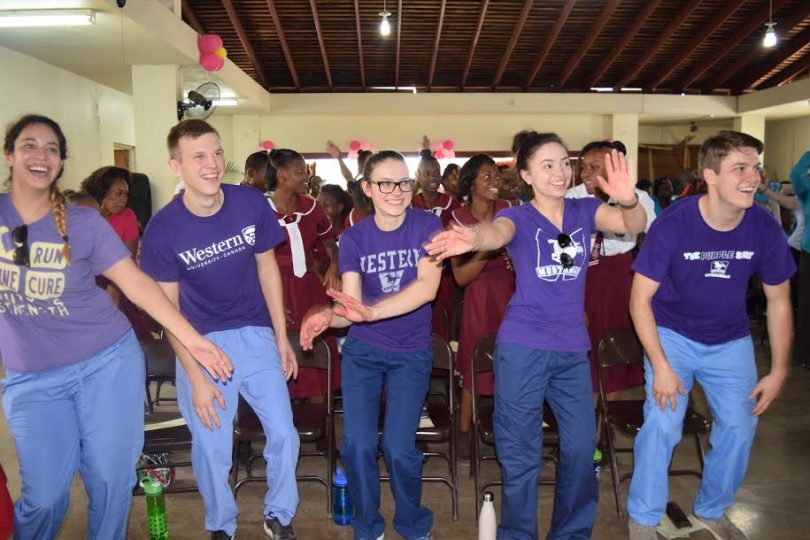 In an effort to sensitize and educate the public about the prevention of cancer, the Southern Regional Health Authority (SRHA) recently commemorated World Cancer Day which resulted in the screening of scores of residents in the southern region.

SRHA Regional Non-Communicable Disease Surveillance Officer, Mrs. Karen Nelson explained that World Cancer Day was commemorated on February 22 in Clarendon under the theme, “We Can, I Can”. She noted that special emphasis was placed on sensitizing persons about the four major risk factors for cancer which includes alcohol use, tobacco use, unhealthy diet and physical inactivity.

She pointed out that one of the objectives of the initiative was to strengthen the utilization of the VIA (Visual Inspection with Acetic Acid) method for cervical cancer screening which resulted in the testing of 132 women.

Other screenings carried out included the testing for blood sugar on 171 persons, blood pressure checks on 171 persons, 82 tests for HIV and Syphillis and the execution of five physical activity sessions. Nurse Nelson explained that the persons who were tested have been given the necessary support based on the results of their screenings.

Mrs. Nelson added that an integrated approach was utilized and the team conducted screenings at three locations across Clarendon including the St. James Methodist Church Hall in May Pen, the St. Luke’s Anglican Church in Woodhall and the Caanan Heights Community Centre in Caanan Heights.

” The SRHA also utilized this event to sensitize the public on the introduction of the Human Papilloma Virus (HPV) vaccine for cervical cancer prevention” the Surveillance Officer said.

Participants were also sensitized on cancers such as breast, prostate, ovarian, cervical, colon and lung and their prevention and management, which were also a part of booth displays. A well received food demonstration and sampling was also a part of the day’s activities which was used to increase the awareness of the importance that healthy diet plays in the prevention of cancer. 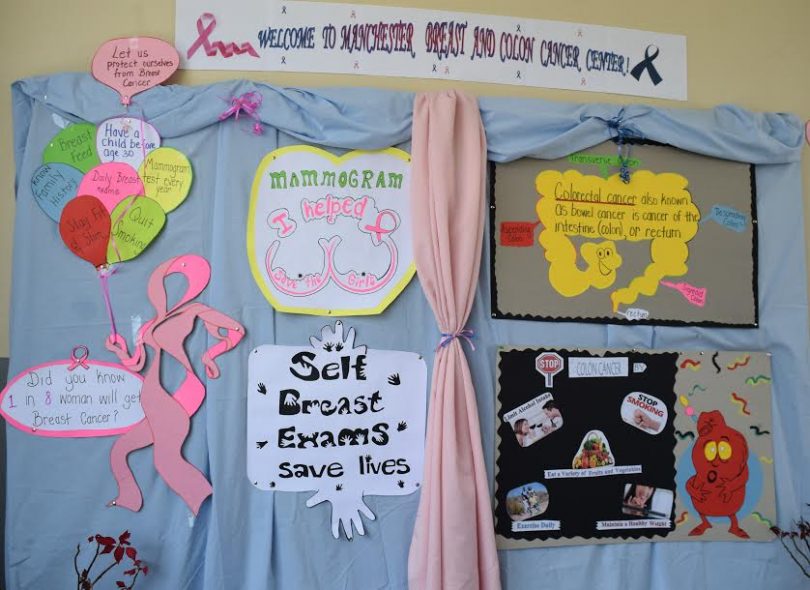 Cancer Prevention: One of the displays on Breast and Colon Cancer.

Importance of Physical Activity: Students from Ontario, Canada enjoy a physical activity session during the launch of World Cancer Day in Clarendon. 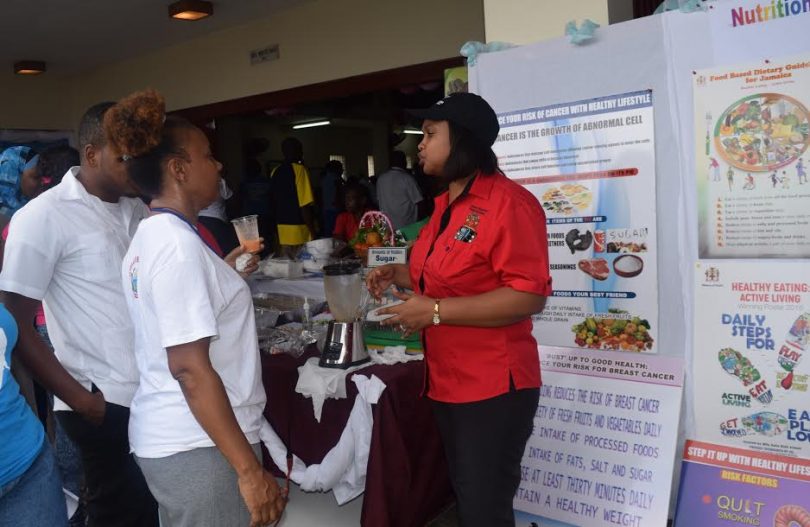