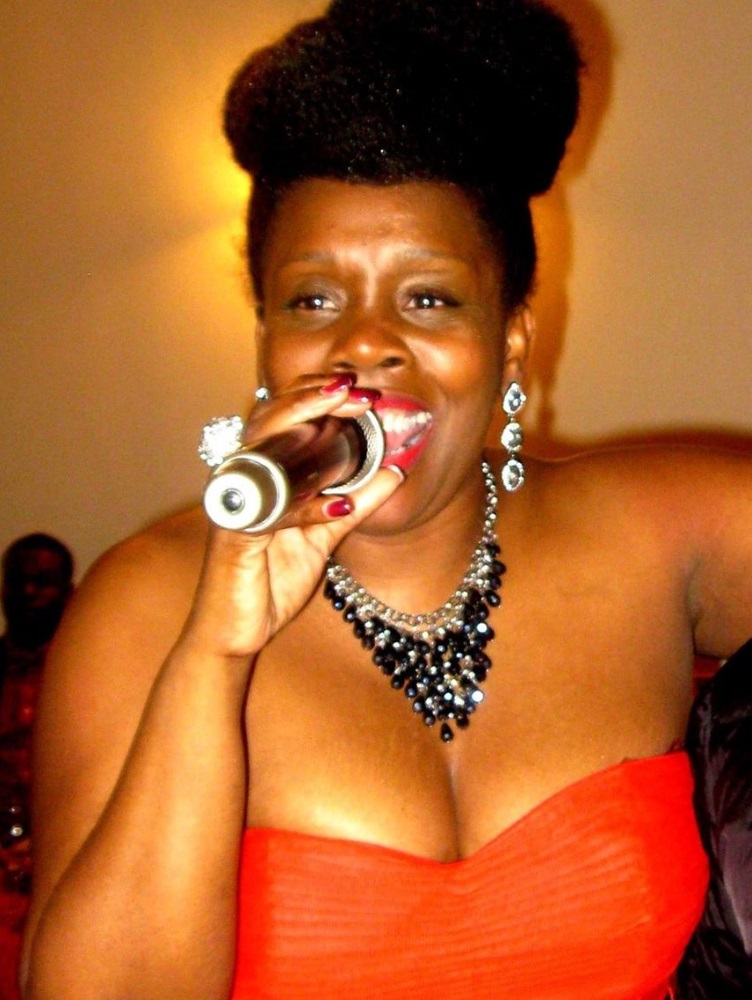 I had the honor of being invited by Barka B of the New Lots Family, to participate in the 50-birthday party for pioneer New York’s reggae artist Shelly Thunder, who broke barriers for females artist in reggae music as she took dancehall to mainstream. The night’s proceeding turned to a celebration of Shelly Thunders 50th birthday, her life and her music. Special thanks to CEO Cecile Walcott of Cecile’s Kitchen that sponsored the event that saw many of her fans, family and friends paying tribute to her in both word and song.  Shelly expressed with a sense of gratitude , “ I am very honored to be in the company of everyone, and deem this an honor and I do feel blessed and humbled to share this special time in my life with everyone present.” An accomplished DJ/sing-jay’ Tunda” Shellie as she likes to call herself, was one of two female musical artists in roots and culture/dancehall reggae who blazed a trail in New York City’s reggae dancehall scene during the 1980’s, a period when the city established its presence as one of the center of reggae music on the world stage. Along with Sister Carol aka ‘Mother Culture’ the edutainment guru of reggae roots and culture, Shelly, dominated NYC dancehall/reggae, like no other female in the decade of the 80’s. Both Shelly and Sister Carol have the distinction of also being successful actresses in local theater and Hollywood respectively. Shelly became the first lady of NYC dancehall/reggae as she crossed over to a wider audience. Her breakout hit “Shock mi a Shock” on the Music Master Label peeked at # 1 on the US reggae charts. Then came a slew of hit singles such as “Small Horsewoman”, “85 Vision” and “Man A Rush Me.”  From Mango Records debut CD “Fresh Out The Pack’ came dancehall anthem “Kuff”, “Working Girl”, and “Break Up To Make Up.” This string of success parachuted Thunder’s career to international dancehall alongside such artist as Shabba Ranks, Super Cat and Patra. In the house to celebrate with Thunder on her 50th  Birthday, were her many different  families; her husband  ace selector Rohan “Apache Finga”  Timol, her daughter, her musical family NYC based vocalists  Junior ‘ Willow’ Wilson and  Teddy Brown, Sidney Mill ( KRS1 and Steel Pulse) and Wayne Chin, both worked on her “ Fresh Out The Pack’ album, Little Twitch, her school mates from Harbor View Primary and Excelsior High Schools in Jamaica, her Borough of Manhattan  college mates and her New Lots family.

The highlight of the night was the vocal clash between Junior ‘Willow’ Wilson and Teddy Brown as both fought an intense melodious serenading vocal battle for Thunder’s attention. Shelly didn’t demure she enjoyed every minute of the serenading as the audience rose their feet with shouts of approval This former dancehall diva Shelly closed the night’s proceedings with salute to her new creation as a Christian Soldier, with words of praise and exhortation for the Kingdom of God.  She did not hesitate to share the passion of her “new message” about the Lordship of her life and reminded all of the importance of a relationship with Christ.