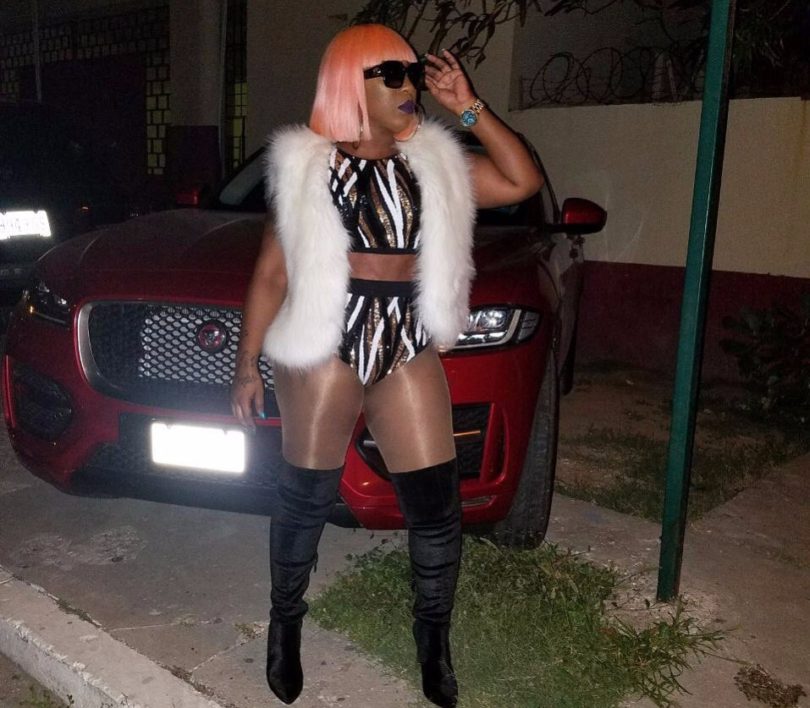 Grace Hamilton, better known as Spice, has made her mark on dancehall from the beginning, and now she has gained the attention of the world’s top fashion authority, Vogue. Just days following her performance at 2017 Reggae Sumfest, Vogue dubbed Spice “the fashion-forward queen of dancehall.” Acknowledging that Sumfest typically offers a “veritable runway of festival style,” Spice was singled out for the costume she wore while performing her hit single “Sheet,” namely a pink boudoir robe she removed to reveal a “chain-encrusted” bustier. Kicking offer her heels, it was what Vogue called a “fearless” redefinition of dancehall style. Spice said it was great to receive the high-fashion title and that it sets a high standard for her. “It’s a really big deal” that the compliment came from Vogue. According to Kingsley Cooper, chairman of Pulse Investments, the recognition makes Spice responsible for representing dancehall style to the best of her ability. Cooper believes dancehall style can be marketed, but says that the local fashion industry tends to focus more on haute couture than on design from its own culture.