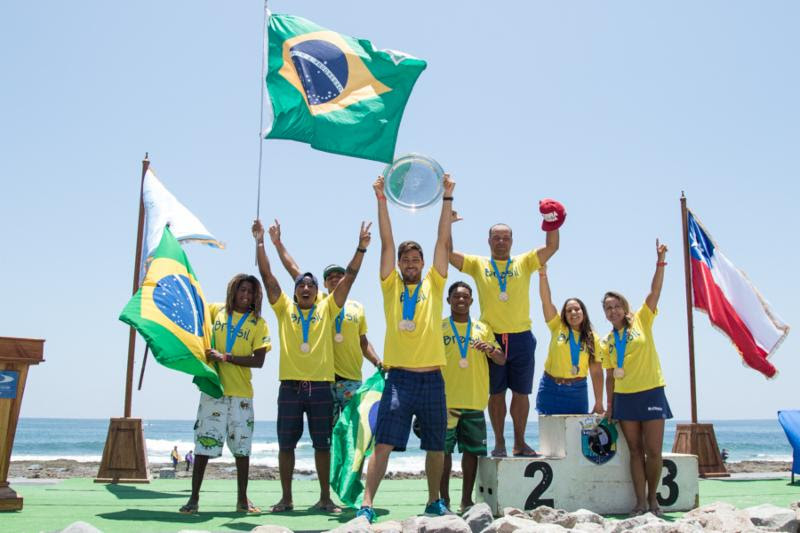 Japan’s Shiori Okazawa (Girls U-18), Venezuela’s Luiz Rodriguez (Dropknee), Chile’s Yoshua Toledo (Boys U-18), France’s Anne Cécile Lacoste (Open Women) and Brazil’s Eder Luciano (Open Men) prevailed with the individual Gold Medals after a string of nail-biting Finals. ISA World Championship experience proved to give some competitors an edge in the Finals, as four of the five champions were past ISA Gold Medalists.

“I want to send my warmest congratulations to the dear city of Iquique, Mayor Jorge Soria, Iquique’s City Council and all the participants for the excellent competition this week with amazing waves. The ISA World Bodyboard Championship will say farewell to Iquique after two incredible years, but the ISA will return to Iquique, as the city leaders and the ISA have agreed on the hosting of the 2016 ISA World Master Surfing Championship. Not only did we make history here in Chile, but we made friendships, progressed the sport of Bodyboard and united the international Bodyboard community. Muchas gracias Iquique.”

Sunday morning’s action kicked off with clean, sunny conditions at Punta Uno as the Repechage Finals in each division decided who would move onto the Grand Final. In the Boys U-18 Repechage Final, France’s Milo Delage scored the first 10-point wave of the day, getting spit out of one of the most solid barrels of the morning and earning a spot in the Grand Final.