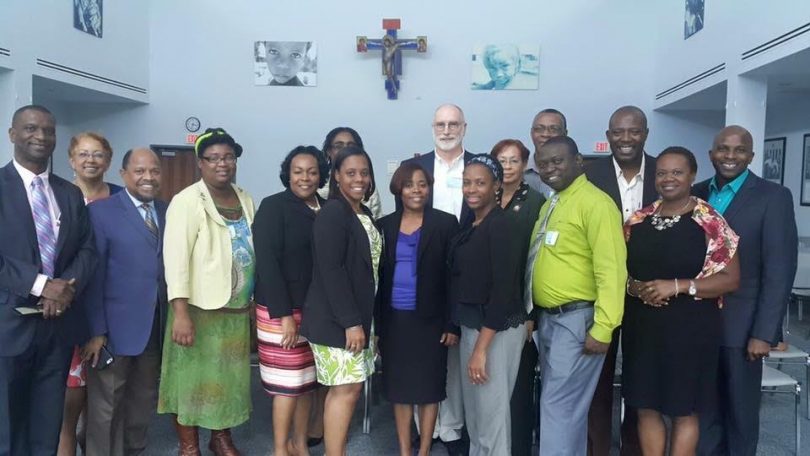 Building Society as the latest private sector corporation to join the partnership with iSupport Jamaica powered by Jamaica National Building Society (JNBS), and National Education Trust (NET) to raise US$2,000,000 to upgrade the infrastructure of early childhood and primary schools in Jamaica. A portion of the proceeds will be used for professional development and training for teachers at various levels of the education system.

The fundraising campaign is an inter-parish competition among Jamaicans across the globe, where donors will compete to raise funds for their respective parishes. The culminating event on January 31, 2017 will be the declaration of the parish winner of the competition. The fundraising period begins November 1, 2016 and runs through January 31, 2017, following an official launch in Jamaica in October 2016. The campaign is part of a larger 5-year fundraising plan envisioned by the JDETF that will see the Jamaican Diaspora community of three million strong, play a greater role in the development and transformation of education in Jamaica.

Senator the Honourable Ruel Reid, Minister of Education, Youth and Information also endorses the fundraiser. He said, “I encourage the Diaspora and its fundraising initiatives, to invest in the capital infrastructure of the education sector through public-private partnerships. The JDETF must be applauded for its efforts to convert the Diaspora’s sentiments and goodwill into systematic, sustained and purposeful action”.

Senator the Honourable Kamina Johnson Smith, Minister of Foreign Affairs and Foreign Trade said “Investment in early childhood and primary education sets the stage for a solid foundation that enables our children to become responsible and productive citizens. I therefore congratulate the Jamaica Diaspora Education Taskforce for this highly ambitious and worthwhile initiative given the critical role played by education in nation building”.