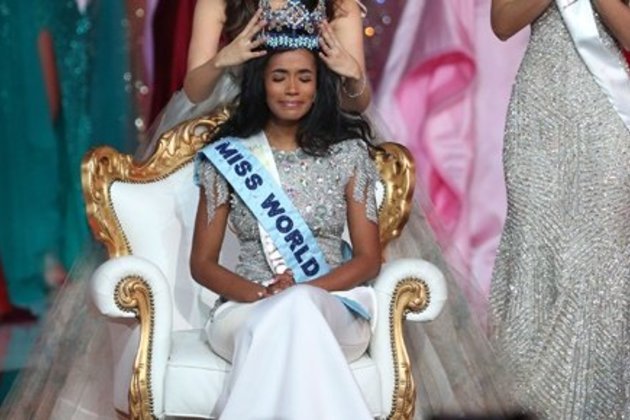 The news in 2019 included the recognition of Jamaica as a premier travel destination and the nomination of Port Royal as a UNESCO world heritage site. The winning design for the new Parliament building was approved, and Jamaica received a high ranking for its dedication to freedom of the press. The news also included the announcement of the death of former Prime Minister Edward Seaga, a celebration to honor “Miss Lou,” and the installation of the first Taino chief in 500 years. Tori-Ann Singh of Jamaica won the Miss World title for 2019 and was named Jamaican ambassador.

UNESCO RECEIVED NOMINATION FOR PORT ROYAL WORLD HERITAGE TITLE
The United Nations Educational, Scientific and Cultural Organization (UNESCO) received nomination documents to inscribe Jamaica’s Port Royal on the World Heritage List. The town of Port Royal is located in Kingston’s Palisadoes strip and was the former home of pirates in the 17th century. It has been on the UNESCO World Heritage Tentative List since 2009.

JAMAICA CHOSEN DESTINATION OF THE YEAR BY TRAVEL WRITERS ASSOCIATION
The Pacific Area Travel Writers Association (PATWA) selected Jamaica as its destination of the year for 2019. Edmund Bartlett, Jamaica’s Minister of Tourism, was part of a delegation to the International Travel Award ceremony in Berlin, Germany. He said Jamaica was honored to again receive the prestigious award from the globally recognized organization. PATWA awards are given to honor individuals and organizations that have excelled in promotion of tourism.

WINNING DESIGN FOR NEW HOUSES OF PARLIAMENT UNVEILED
The new design for Jamaica’s Houses of Parliament was unveiled. A team headed by architect Evan Williams of Design Collaborative won the bid. This group won out over 21 other design teams in an international competition. The name of the winning proposal was “Out of Many One People.” It will be built in National Heroes Park in Kingston. The proposal presented a circular, monumental design that references a stadium and will be located on a piece of park land more than 11 acres in size. The project forms part of a master plan for the redevelopment of downtown Kingston.

JAMAICA RANKED NUMBER 8 ON INDEX OF GLOBAL PRESS FREEDOM
On the World Press Freedom Index for 2019 compiled by the organization Reporters Without Borders, Jamaica was ranked eighth out of 180 countries included in the study. Thirteen Caribbean countries were listed on the index. In reaching its decision, the organization noted that there had been no serious act of violence or threat of violence to media freedom in Jamaica since 2009.

EDWARD SEAGA, FORMER JAMAICAN PRIME MINISTER, DIED AT AGE 89
The former Prime Minister of Jamaica, Edward Seaga died in the United States on May 28, 2019, his 89th birthday. He had been receiving treatment for cancer. The announcement of his death came from the Office of the Prime Minister. The statement from the current Prime Minister Andrew Holness relayed the gratitude of Seaga’s family for the prayers, messages, and support shown by the people of Jamaica during Seaga’s illness and upon his passing. Seaga was Jamaica’s fifth Prime Minister and served from 1980 to 1989, He was the leader of the Jamaica Labor Party from 1974 to 2005.

FIRST TAINO CHIEF IN OVER 500 YEARS INSTALLED IN JAMAICA
Robert Pairman, an activist working to preserve the heritage of the island’s Taino people, was named “cacique,” the powerful head of the Taino Tribe, Jamaican Hummingbird, in the Asafu Yard of Portland’s Charles Town Maroon village. The ceremony lasted more than two hours and displayed an unfolding of history as people listened to Bibi Vanessa Inarunikia Pastrana, a Puerto Rican Taino elder, iell them about their Taino and African heritage. She also gave Pairman the ceremonial axe called the “Mayana” used by a former Jamaican cacique. The Taino were settled on the island long before Europeans came, and many Jamaicans today can claim Taino ancestry.

POPULATION OF JAMAICA GETTING OLDER
Jamaica had a second consecutive year of negative population growth in 2018, according to a recent Planning Institute’s Economic and Social Survey of Jamaica (ESSJ). The population was measured at an estimated 2.7 million people in 2018. This number was attributed to a trade-off of 33,100 births and 18.900 deaths and 15,900 emigrants. The survey reported that Jamaica’s median age is 31 years. The impact of an aging population was seen in a declining child population of those between zero and 14 years of age, a relatively big working-age population, and growth in the dependent elderly population, or those over age 65. The survey also noted that urbanization played a large role in the distribution of the population.

THIRD POLITICAL PARTY; UIC. APPLIED FOR REGISTRATION
The United Independents’ Congress (UIC) applied for registration, potentially giving Jamaica a third political party participating in the next general election, which is scheduled for 2021. The Electoral Commission of Jamaica (ECJ) has confirmed the UIC submitted its application. If successful, the UIC will become Jamaica’s third registered political party, joining the current Jamaica Labor Party and the Opposition People’s National Party. The application was submitted in February 2019.

PRIME MINISTER LABELED COCKPIT COUNTRY A CULTURAL, HISTORICAL ASSET
Jamaican Prime Minister Andrew Holness stated that the Cockpit Country represented a cultural, environmental, and historical asset to the nation and said the government considers the region of high value. He also stated that his government understands the environmental concerns raised by advocates and is taking action to protect this sensitive region. mining and certain agricultural practices are prohibited in order to protect the sensitive environment.

NEWLY CROWNED MISS WORLD NAMED AMBASSADOR TO JAMAICA
Jamaica’s Toni-Ann Singh, who won the title of Miss World 2019, was appointed Ambassador for Jamaica by the nation’s government. This gives her a diplomatic passport. Jamaica’s Prime Minister Andrew Holness made the appointment in an official announcement on his Facebook page. The passport and appointment allow Singh to travel around the world under the auspices of her country’s government.