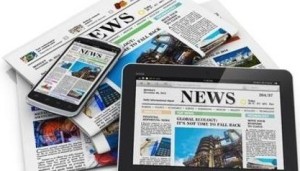 GOVERNMENT SAYS CHINESE NOT ALLOWED TO FISH IN JAMAICAN WATERS
According to Jamaica’s Ministry of Industry, Commerce, Agriculture and Fisheries, a Memorandum of Understanding (MOU) signed between the government of China and the government of Jamaica on September 22, 2017, will not permit Chinese fishers or boats to fish in Jamaican waters. The MOU will allow establishments that process fish to export live lobsters to China and deals specifically with matters related to hygiene, sanitation and certification.

RASTAFARIANS, JAMAICAN GOVERNMENT DISCUSS HERITAGE PRESERVATION
Olivia Grange, Jamaica’s Minister of Culture and Gender Affairs, opened talks with the Rastafari community concerning the preservation of its cultural heritage. The discussions are taking place at the Rastafari Studies Center at the University of the West Indies. An invitation to the Rastafari community was issued by Grange after a Rastafarian sacramental site was destroyed by arson. The talks focus on protection of the Rastafari tradition and culture as established within the mandate of the United Nations concerning the rights of indigenous cultures.

CONTROVERSIAL IMMIGRATION LAW PASSED IN BERMUDA
The Parliament in Bermuda has approved a controversial immigration bill that is designed to “protect Bermuda for Bermudians.” The new regime gives the nation’s Immigration and Protection Act to have priority over Bermuda’s Human Rights Act. According to Walton Brown, Minister of Home Affairs, the law will protect Bermuda for Bermudians, but the Opposition One Bermuda Alliance, which was defeated in a general election in July 2017, is concerned about the lack of consultation associated with the law’s enactment. The Human Rights Commission has argued that the law shows recklessness in its undermining of the Human Rights Act.

Are you ready to reach the world with your event, business or product? This WEEKLY NEWS SUMMARY is syndicated to over 60 radio stations worldwide. We invite you to become a sponsor today. Contact us at [email protected]

The world’s fastest man, Jamaican Usain Bolt, acted as the official starter for the Formula One United States Grand Prix auto race at the Circuit of the Americas. Bolt, a triple Olympic sprint champion, who is retired from track and field, was able to become closely acquainted with some of the world’s fastest cars and seeing the race in person for the first time. Bolt said he was surprised at the athleticism of the race drivers. Lewis Hamilton, who drivers for Mercedes, told Bolt about the endurance running and gym training he performs in order to stay fit enough to drive.

CANADIAN CANNABIS PRODUCER PARTNERS WITH JAMAICAN GROWER
Canopy Growth, a Canadian marijuana producer, will expand its operations to Jamaica by partnering with Grow House JA Limited, a Jamaican grower. Canopy will receive a 49 percent stake in the Jamaican firm, which will now do business as Tweed Ltd. JA. The company already has conditional license approvals and has started to build its grow facility. The government of Jamaica has been created a framework for the cultivation and sale of medical marijuana since 2015. Tweed JA is the latest global move from Canopy Growth as the company has also developed a presence in the markets of Australia, Denmark, Germany and Spain.

JAMAICAN ARTIST RECREATES ANCIENT TRADITION IN VIRTUAL REALITY
Olivia McGilchrist, who was born in Kingston to a Jamaican father and a French mother, has created a virtual reality (VR) installation that explores the traditional island Jonkonnu parade. The installation, called “Jonkonnu-Gens Inconnus,” also represents a challenge to the male-dominated world of technology. McGilchrist, who began as a photographer, moved into video and now works in immersive technologies. She is using VR “because of its masking aspect and the potential of having infinite gallery space,” she says. Her installation uses the Oculus Rift headset to allow viewers to experience Jamaica’s Jonkonnu carnival, which is a lesser known carnival tradition that celebrates identity and role play.

YOUTH ACADEMY ESTABLISHED BY JAMAICA RUGBY FOOTBALL UNION
Rugby in Jamaica is likely to become increasingly popular due to the creation of the Young Crocs Rugby Academy, a high-performance facility that seeks to boost the island’s performance in the sport to the highest levels. Several major rugby players expressed optimism at the launch of the Academy, which took place at the Jamaica Stock Exchange in Kingston. At the launch, it was announced that Vitae Sports Management will head the project with funding. Huntley Anderson is slated to be the program’s head coach. The Academy is designed to develop a high-performance sports center for rugby, which has not