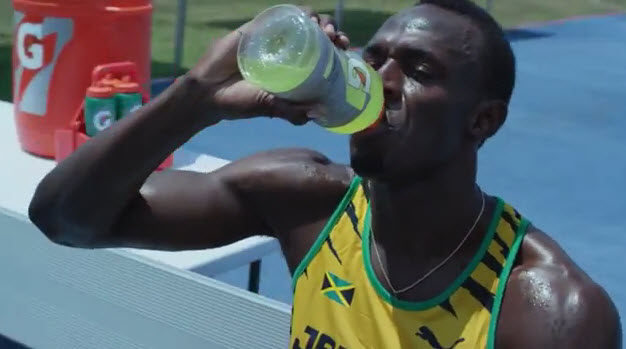 The United States did not take lightly Usain Bolt’s victory over Justin Gatlin in the 100-meter competition at the World Championships in Beijing, China. The Jamaica Administrative Athletics Association (JAAA) confirmed that member of the U.S. team refused to drink Gatorade because Bolt is one of its promoters and his photo is featured on some bottles of the sport energy beverage. The U.S. and Jamaican teams stayed at the same hotel in Beijing, and the rivalry from the track events at Bird’s Nest Stadium spread to their interactions at the hotel. It appears the U.S. team could not accept the fact that Jamaica’s Usain Bolt is the fastest man in the world and that the athlete from the small island nation beat them, David-and-Goliath style, for the first time since the IAAF Championships began in 1983. Jamaica’s population is about 2.8 million/ the U.S. population totals about 320 million. The rivalry between the two nations has grown since 2008 when wins by Bolt and Shelly-Ann Fraser-Pryce made Jamaica the sprint capital of the world. The rivalry between the two countries has intensified since 2008 when Bolt and Shelly-Ann Fraser-Pryce became the fastest human beings and Jamaica took over the title as the sprint capital of the world. For his promotional activities for Gatorade, Bolt receives between £2 million and £3 million a year and is believed to get a bonus each time he is shown sipping the drink.