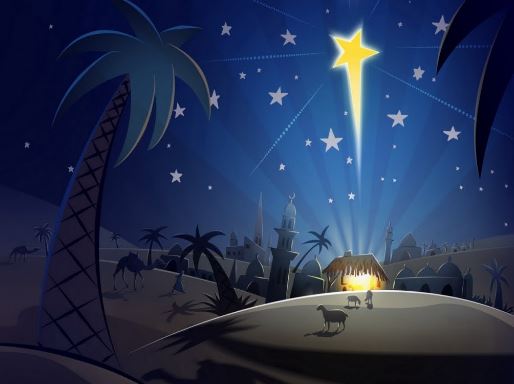 Imagine the scene. The night was probably quiet as the sheep rested in the field, the shepherds keeping vigilant watch over them and perhaps trading stories they had repeated many times before.  After all, only another shepherd could understand the ups and downs of shepherding. Just another night in their lives, or so it seemed. Unknown to them this was no ordinary night for while they engaged in the ordinary, the extraordinary was taking place.
Luke tells us that as the shepherds kept their watch, “Lo, the angel of the Lord came upon them, and the glory of the Lord shone round about them: and they were sore afraid. And the angel said unto them, ‘Fear not: for, behold, I bring you good tidings of great joy, which shall be to all people. For unto you is born this day in the city of David a Saviour, which is Christ the Lord. And this shall be a sign unto you; Ye shall find the babe wrapped in swaddling clothes, lying in a manger. And suddenly there was with the angel a multitude of the heavenly host praising God, and saying, Glory to God in the highest, and on earth peace, good will toward men'” (Luke 2:9-14, KJV).
It was a celebration like none other; nothing the world had ever seen before.  A multitude of heavenly host, a chorus of voices giving glory to God and announcing His peace and goodwill toward men. As the angels returned to heaven (v.15), we can only imagine the rejoicing as millions of their counterparts joined in the celebration, no doubt watching in awe as the related events unfolded on earth. The world did not know it then but in the birth of the announced little boy, joy had come into the world; a joy that was not known before and one that has not been known since. Through Him, the light had come and the glory of the LORD had risen upon us (Isaiah 60:1). God had introduced Himself to the world in the person of His Son Jesus.
It has been over thousand years since and we are still celebrating God’s most precious gift to the world. It is true that for far too many the reason for the season is buried under an avalanche of commerce, but for those of us who have accepted Jesus as Lord, we are forever grateful that God so loved the world that He gave us His only begotten Son. As we open our gifts this Christmas, let us remember the most treasured of gifts – JESUS. He is the reason for the season.
From my house to yours, a very Merry Christmas.