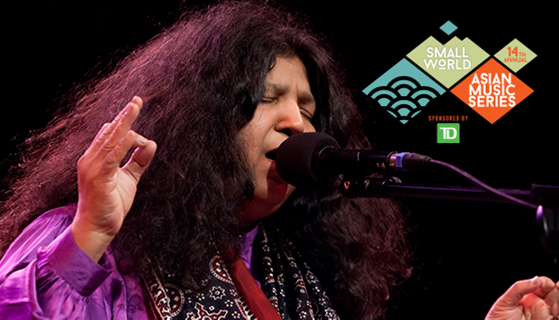 From April 2nd – May 29th 2016, Small World Music proudly presents the 14th edition of its Asian Music Series which embraces the scope of sounds from across the Asian cultural landscape. The series celebrates Asian and South Asian Heritage Month and is generously supported by TD Bank.

Small World Music showcases the best Asian Music in the GTA, and they gather the finest artists to appear on Toronto’s premier stages from Koerner Hall to the Aga Khan Museum, Roy Thomson Hall to the Markham Theatre. Highlights this year include two of the most significant artists in South Asian music – Anoushka Shankar and Abida Parveen – performing, as well as Indo-Canadian star Kiran Ahluwalia, pipa maestro Wu Man and singer Ramneek Singh, among many others.