2017 Sagicor Sigma Corporate Run - Run for the fun, Donate for the cause - Jamaicans.com 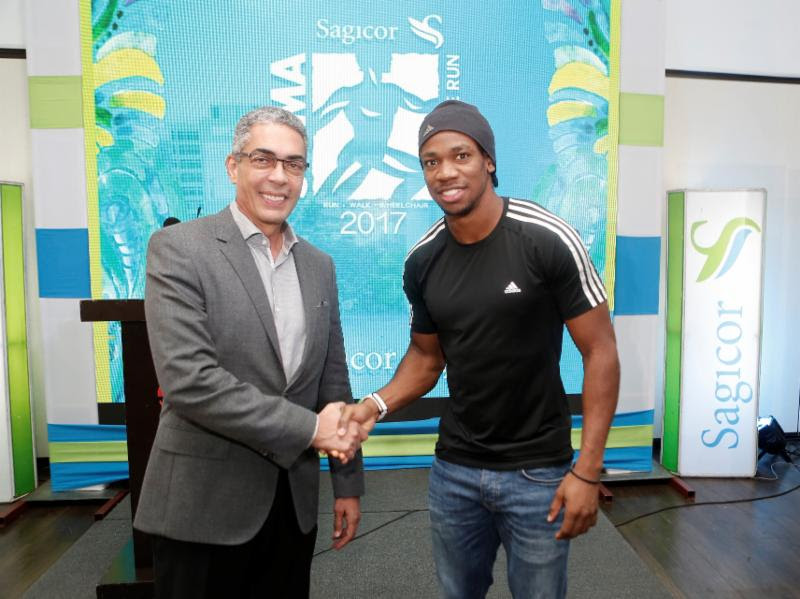 Sagicor Foundation today launched the 19th staging of its Sagicor Sigma Corporate Run 2017 at the Spanish Court Hotel.  The annual run will be held on Sunday February 19 at 7:30 a.m. under the theme ‘run for the fun, donate for the cause’.

Sagicor Group has set out to raise $60 million from the race event and fundraising, to contribute to three beneficiaries.    This year’s beneficiaries are abandoned children and babies in the Bethlehem Home, operated by Missionaries of the Poor, the Spanish Town Hospital Paediatric Unit and the Mandeville Hospital Paediatric Unit.   Richard Byles, President & CEO, Sagicor Group Jamaica, challenged Jamaicans to donate and pledge funds towards Sigma Run 2017.   He appealed for everyone’s support whether they are a participant in the race event or not.

Donations to support this year’s beneficiaries can be made via pledge forms, local donors may make cheques payable to Sagicor Foundation or Sigma Run 2016 and deposit at any Sagicor Bank location island wide or deposit cash to Account Number – 5502326386.

The company has also created several ways through which individuals locally and overseas can donate online, by visiting the Sagicor Group Jamaica website: www.sagicorjamaica.com and selecting the options to donate via Generosity.com and Paypal.  Additional fundraising efforts include the sale of Sigma Run memorabilia and bracelets as well as official 2017 Sigma Run T-shirts which are available through the Sagicor Sigma Secretariat.

Last year the Sagicor Sigma Run earned $35 million from the race event and cash donations with approximately 24,000 walkers, runners and wheelchair Jamaicans, participating inwhat is the largest road race in the Caribbean and per capita in the world.  Since 1999, approximately $200 million has been raised through the efforts of corporate companies, small business and individuals and specially invited patrons.  The patrons for    this year’s event are Yohan Blake, World and Olympic Champion, Tessanne Chin, international recording singer and Father Richard Ho Lung, Founder of the Missionaries of the Poor, which operates the Bethlehem Home.

Registration for the 2017 staging of Sagicor Sigma Corporate Run 2017 is now officially open and will close on February 7, 2017.