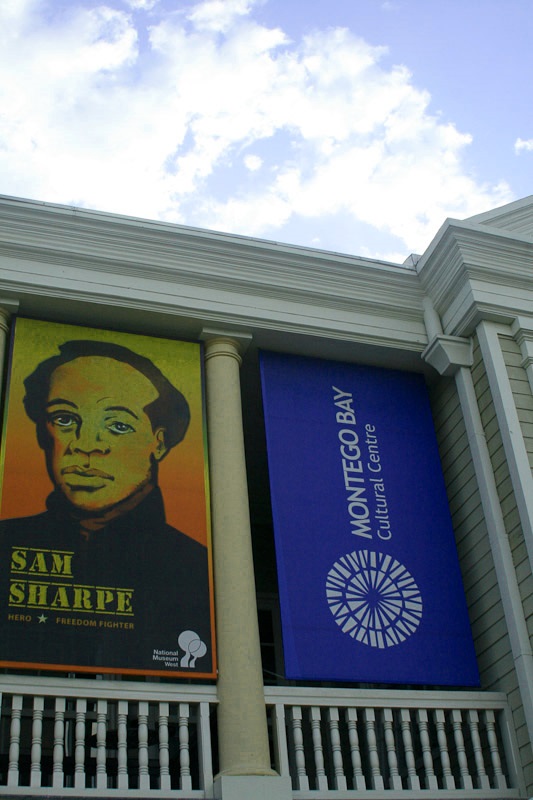 Having been colonized by both the Spanish and the English, Jamaica has a very rich history. The island is littered with remarkable relics of the slave era, the fight for emancipation and the journey to independence. Here are 5 Jamaican Heritage Tourism Sites that you may want to visit to learn more about the country’s past. Sam Sharpe Square
A central point in the city of Montego Bay, St. James, Charles Square was renamed Sam Sharpe Square in 1976 in honour of national hero Sam Sharpe, who was executed in 1832 for his role in the Emancipation War. The site houses several heritage structures including the Cage, built in 1806 for use as a holding area for runaway slaves and vagrants. Also located there is the former court house built in 1803.The court house was destroyed by fire in 1968 and restored and reopened in 2001 as the Montego Bay Civic Centre with a museum and gallery.

Sligoville
Located north of Spanish Town in St. Catherine, Sligoville, was the first Free Village in Jamaica. The land was named after Lord Sligo, then Governor of Jamaica, who oversaw the process of Emancipation. The property was divided into lots and given to former slaves to occupy. Port Royal
Once known as “the richest and wickedest city in the world”, Port Royal during the 17th century was a headquarters for rowdy buccaneers and pirates who brought in their looted treasure. A powerful earthquake struck the wealthy city in 1692, causing widespread destruction by sinking a large portion of the town and killing half the population. The oldest fort in Jamaica, Fort Charles, is located in Port Royal. Built in 1656, it was the only fort in Port Royal to survive the destructive earthquake.

Bath Mineral Spa
In the 1690s, a runaway slave discovered a rich mineral spring at Bath in the parish of St. Thomas. Both hot and cold water flow from two rocks at the Bath mineral spring with is rich in sulphur and lime. The spring is believed to be helpful in treating rheumatic ailments and skin diseases.