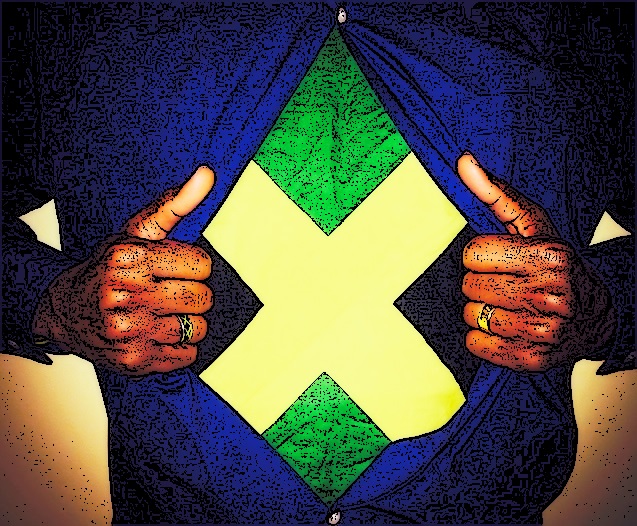 On August 6, 1962 a superpower was born in the Caribbean. When people think of superpower countries, they think of military might, high GDP, a strong global economy and heavy influence in global decisions. However, there are many ways in which a country can influence world culture. With a brand that is recognized in every corner of the globe, there can be no denying that for a small country, Jamaica is a superpower in its own right.

1. Music – Jamaica has created a style of music that has transcended many borders. Made famous by the legendary Bob Marley, Reggae music continues to attract millions of fans worldwide who identify with the lyrics and heavy beat from this small nation of 3 million. Nowadays, Reggae artists are cropping up in unlikely places like Europe and North America, producing music that rival some of the genre’s greats such as Dennis Brown, Peter Tosh and Marley himself.

2. Food – The popularity of Jamaican cuisine is enough to make this country a superpower on the global food scene. From world famous jerk to Jamaican patties, people are enjoying the food and adapting the flavours to their own dishes. Jamaican food is featured on TV cooking shows, and in cookbooks all over the world. There are now even videos online teaching people how to cook Jamaican.

3. Racial Diversity – Have you ever met a white Jamaican? How about a Chinese Jamaican? There is a reason why our motto is “Out of many, one people.” We are mixed up and we love it! The racial diversity comes from our colonial past when many immigrants came to the island, some (mainly blacks) by force. Today’s Jamaica is a melting pot of races and cultures, featuring blacks of African descent, East Indians, Chinese, and Caucasians.

4. Culture – The Jamaican culture is just as popular abroad as it is at home, thanks to the millions of Jamaicans who live in the diaspora. Cultural icons like Miss Lou have led the way for ‘patois’, the local dialect, to be accepted internationally. And due to the popularity of our music, our food, and yes, our athletes, other nationalities want to talk like us, look like us, and wear our colors. Some foreigners will even adapt the dread-locked hairstyle of the Rastafarian faith, or seek to emulate the daring dance moves birthed in Jamaican street dances.