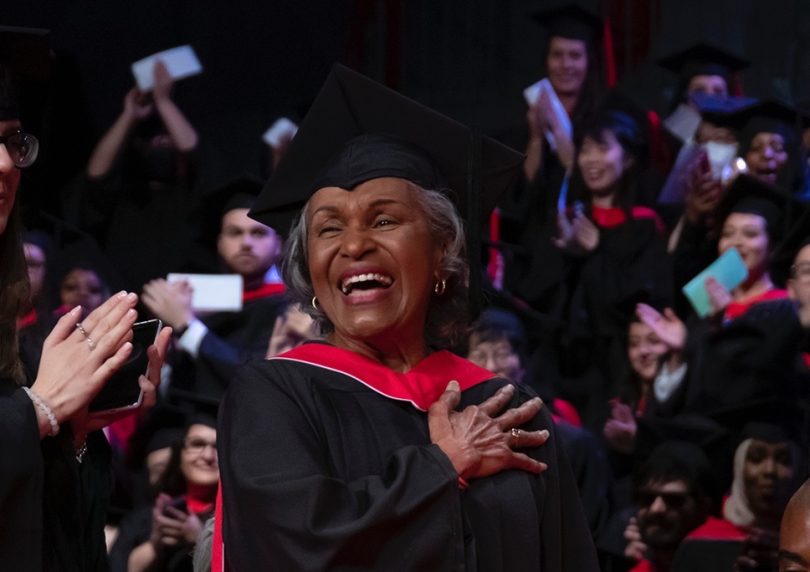 Hortense Anglin, 85, who was born in Jamaica, just earned a Bachelor of Arts degree in Religious Studies from Toronto’s York University on October 13, 2022. The grandmother lives in Markham, Ontario, north of Toronto. She was inspired to pursue her university degree by her younger sister, Osra Lindo, who graduated from York at the age of 79 in 2018 and who was proudly present at Anglin’s graduation. Anglin’s granddaughter, Vanessa Joy Anglin, also graduated from York University in 2022.

Anglin was accorded special recognition at an in-person convocation for thousands of students where she received a standing ovation and applause from guests and fellow graduates as she walked across the stage to receive her BA. The 85-year-old described her time at the university as “the joy of my life.”

According to Rhonda Lenton, the president and vice-chancellor of York University, the school enjoys considerable diversity among its students, including across ages. She said that Anglin’s experience is the perfect example of how important life-long learning is. She added that it was “beautiful” to see the York University graduates walk across the stage at all times of their lives. 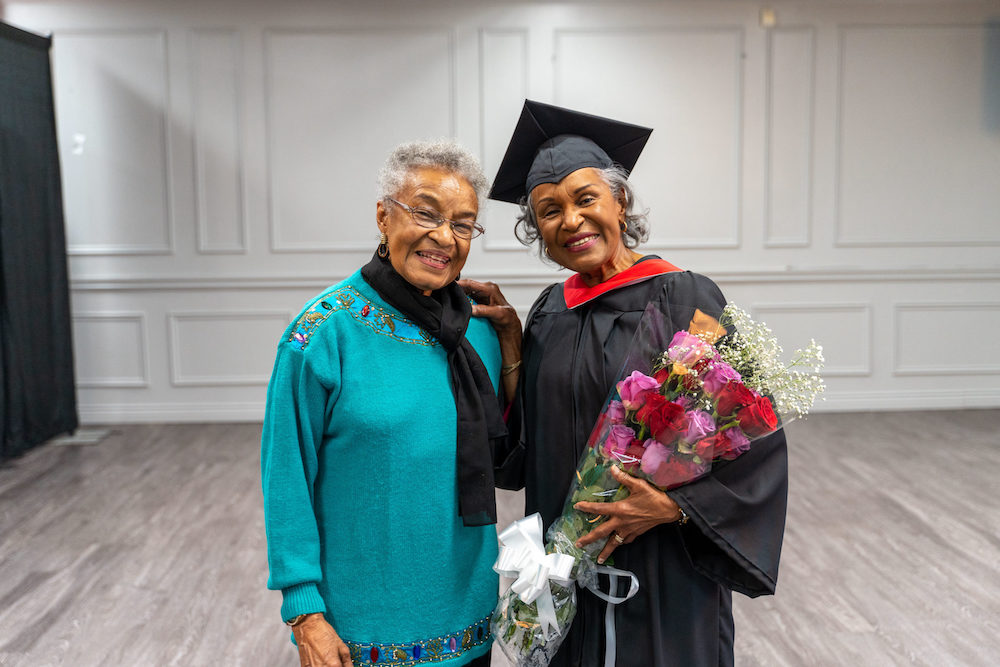 Anglin graduated from high school in Jamaica. She had planned to continue her education a few years ago but had to delay her plans when her husband, to whom she had been married for 52 years, became ill. After he died in 2014, Anglin learned to live on her own and again took up her pursuit of higher education. She began her journey through a bridging program before actually pursuing a degree. She learned about the bridging program from a flyer she found at her local library. As an extra challenge, she had to learn to navigate an online learning system when COVID-19 hit in March 2020.

She noted that earning her degree allowed her to achieve greater self-knowledge and expand her understanding of assorted topics. It has also made her more self-confident in expressing herself in an academic environment. And she is not finished: she is ready to begin a course in anthropology in the fall of 2022. As she told an interviewer from CBC Canada, “York is still there, and I am still here wanting to learn.”

Anglin hopes that her experience will inspire other senior citizens who believe they are too old to return to school to follow her example and move ahead. “Too old? No, not ever,” she said. “Never think you’re too old to do anything.”