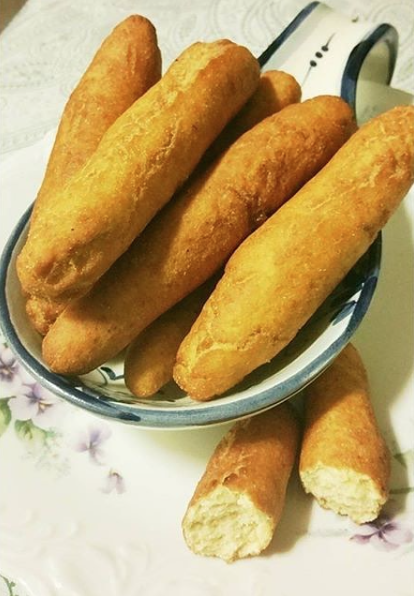 Legend has it that eating a festival is literally like a having a mini festival in the mouth! Seriously though, festival is a type of fried dumpling, known for its golden colour, sausage-like shape and crispiness. Biting into a festival dumpling reveals a pleasant taste that comes from a blend of cornmeal and flour dough, milk, baking powder and optional spoon of sugar. It can be had as a savoury item, but is most commonly an accompaniment to fried or escoveitched fish, or served with jerk meat dishes and sometimes soup. 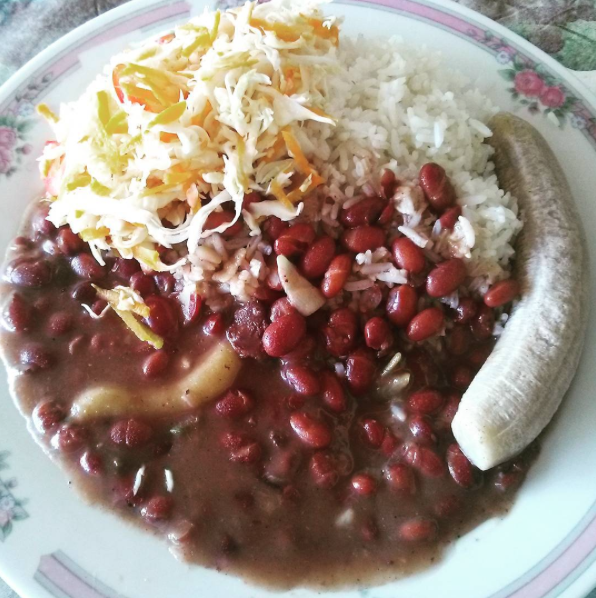 For good reason, stewed peas is one of the favourite dishes of many Jamaicans. Traditionally, the main ingredients are red peas also known as kidney beans, beef and pigs tail – yet, it is not uncommon for Jamaicans to cook up a pot of stewed peas with chicken foot, pork or even saltfish. Still others will have the stew with only the peas – and with its added Jamaican spices, it remains a tasty option for dinner time. 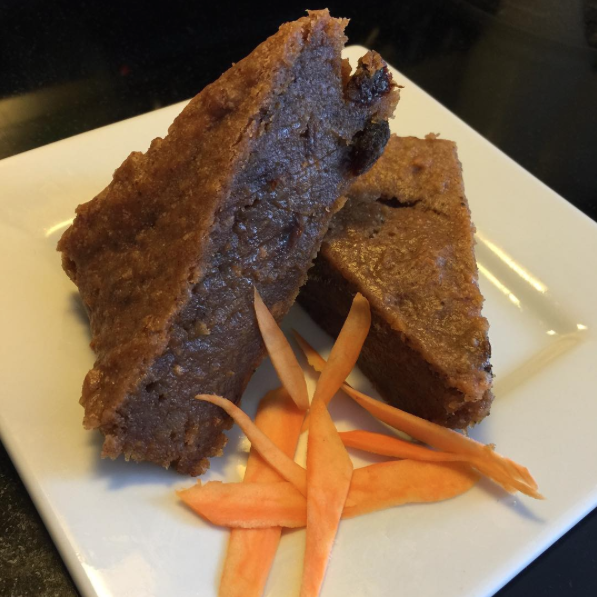 “Hell a top, hell a bottom, and hallelujah in the middle!” This ole’ time riddle was talking about the classic method used to bake the mouth-watering sweet potato pudding – with hot coals below and on top of the pot steaming with sweet deliciousness. Nowadays, modern ovens have taken over, but the good ole’ sweet potato pudding remains firmly in its place as one of the best Jamaican desserts there is. Made from the staple, sweet potato, it brings to the mouth flavourful surprises created by the raisins and spices such as nutmeg, cinnamon and vanilla that are added. Sweet potatoes are also packed with nutrition, so you get the best of both worlds – nutrition and great taste. 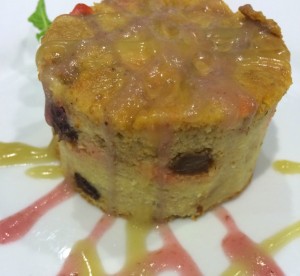 The name may sound unappealing but your first bite of Jamaican bread pudding will make you a convert. Usually made from the textured crumbs of brown or white bread several days old, this crazy delicious pudding is one of the best desserts there is. The soft, sweet dessert is even tastier when served with ice cream or whipped cream. Plus, it’s super easy to make so you will most likely succeed in creating a tasty bread pudding if you try it for yourself. 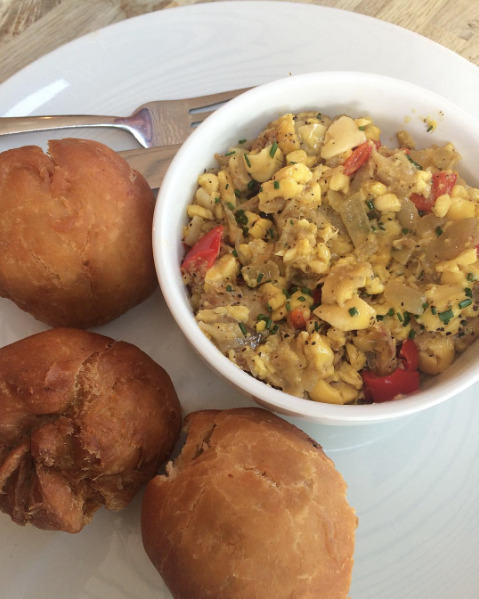 There’s a reason why Ackee and Saltfish has been ranked as one of the top 10 national dishes in the world. Ackee lovers especially like the dish for its salty/spicy taste as it usually flavoured with local spices, more commonly, black pepper. It is also a very visually appealing dish as the ackee is bright yellow in colour, surrounded by the contrast of green peppers and red tomatoes. Traditionally, ackee and saltfish is more popularly served at breakfast with the combination of any one of these foods; fried or boiled dumpling, yam, green banana and fried, roasted or boiled breadfruit. However, fanatics of the dish will eat or serve it at any time of day. Who can blame them? Ackee and saltfish is truly the peak of gastronomical ecstasy. 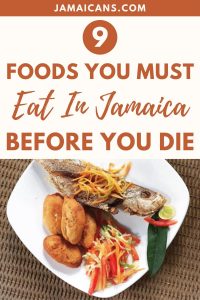