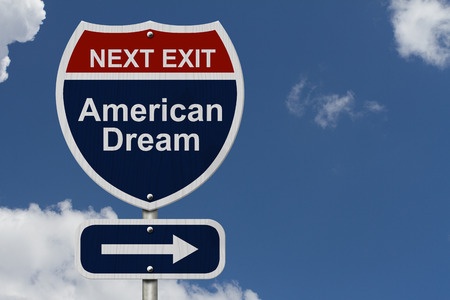 Like immigrants from every corner of the world who come to US, those of us who left the Caribbean came here to build ourselves our own “American Dream”. The countries we left are often referred to as “Third World”, or developing nations. Those terms mean we aren’t as industrialized as countries like the US and Germany. They mean we are subject to more poverty, less technological advancement, insufficient educational opportunities, more crime and violence and so on. But in light of the trajectory America seems to be on in recent years, I’ve begun to wonder if it’s that different from the pace I left.

We Caribbean folk make very good use of the equal playing field that America affords, acquiring education and upward mobility in ways we can’t always do back home. But in this our new home, the disparity between, and the percentages of, wealthy and poor remind us of the places we left.

When I go back to Jamaica, I drive through the streets of New Kingston and the look and feel of the place is comparable with Times Square in New York. Kids back home are sought after internationally for their graphics and computer animation skills. The educational system back home is suffering, but I’ve frequently encountered young American adults who have trouble speaking and writing coherent standard English. And there are those among the wealthy who don’t care to fix this issue because it guarantees them a sustainable, affordable workforce.

In the inner cities of our Third World countries, like in the African and Latino American inner cities, there are rampant killings related to turf and gang wars. Sadly as the years have gone by we’ve found that killing has become commonplace in this First World, developed nation we now call home. And like our developing birth countries, politicians turn a blind eye if stopping the violence does not serve their purposes.

So while I’m ultimately grateful to be in this great country that I love, and that has graciously adopted me as its own, I have to wonder – did I leave one Third World country for another?