A Visit to Barbados - Caribbean countries take offense to the term “small island”, but… - Jamaicans.com 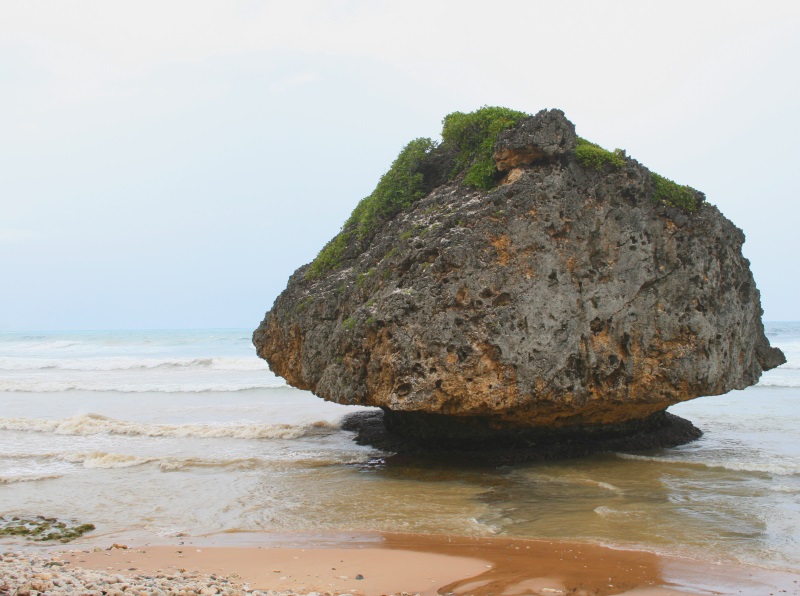 As the producer of Caribbean-inspired television content, I learn a great deal about the islands we focus on from reading about them. Experiencing them live and in living color is a whole different ball game. My crew and I have just returned from almost a week in Barbados, a beautiful, warm island nation with a rich history. Although some Caribbean countries take offense to the term “small island”, Barbados seems to embrace the intimacy of the small island vibe.

This trip was a culinary adventure. We explored everything from the ital food served by Bonzo in the local rasta community, to the high end restaurant called The Cliff where you dine only if you don’t need to ask about the prices.

We checked out the social media landscape and learned of not-so-hidden jewels like Cuzz’s Fish Shack, raved about by international celebrity chefs, where fish and cheese cutters, sandwiches made with freshly grilled mahi mahi just caught from the sea, were served piping hot in the pocket of a soft and not very salty “salt bread”.

It was fascinating to see how at least as far as the food scene, everywhere we went locals and tourists of every complexion all mingled together throughout the day. We didn’t see much white skin as we drove through the heart of Bridgetown city. And the steep roofed, board-sided chattel houses with their old time colonial charm that dotted the countryside byways clearly belonged to the locals. But whether we went to the vegetable market at 6:00AM on a weekend morning or we visited the outdoor Fish Fry at Oistins Village after dark on a Friday night, whether we ventured into the local eatery called Mustor’s with the lunch crowd or visited the Souse Factory for the Saturday special, the fare was what pulled people from the community, and from whichever other country folks were visiting, to break bread together.

This spirit of community was easy to appreciate, and not something I had seen before. A lovely take away from a trip dotted with fresh Caribbean seafood and ice cold Banks beers.