Abby Dallas Gets Candid "He's Just Not Into You" Out Now in Stores! - Jamaicans.com 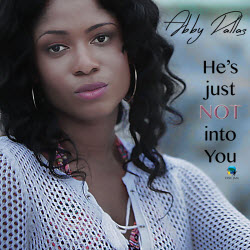 He’s Just Not Into You, the thought provoking song from One Jam recording artiste Abby Dallas that has been enjoying heavy rotation and discussion on Jamaican radio in recent weeks, is now available on iTunes, Amazon Music, Tidal, and other leading digital music retailers and streaming services. In He’s Just Not Into You, Abby Dallas advises women to recognize the telltale signs men display when they are not interested in a woman, to accept themselves for who they are, and, if they find themselves being the object of rejection, to move on and find a next love interest who may be more compatible with what they have to offer.

Dallas, who had some degree of success last year with From My Heart, a soulful reggae ballad with a beautiful accompanying video, has been traveling just below the radar since last year but seems destined to step into the limelight this year. She recently gave a strong performance as one of the opening acts on St. Catherine Jamboree. After her performance, she was bombarded by fans who were surprised to know that she was the voice behind big tunes like From My Heart and He’s Just Not Into You. According to Abby, “I know I have the songs that people want to hear, so this year is all about getting the visibility and making the people dem get to know me like how dem a get to know the songs. Look pon Dexta Daps. Look how many years him a record before him buss and now people all a dig up him old tune dem. I will just keep recording good music and working hard on the other aspects of my career and I am sure my turn will come soon.”