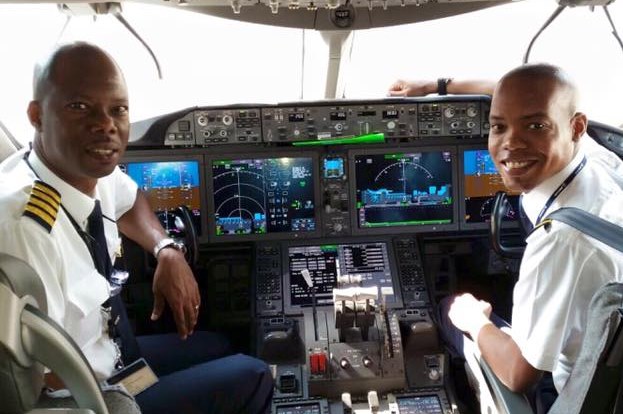 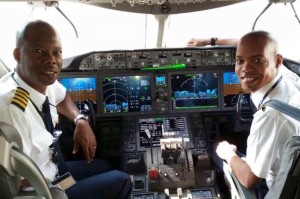 For the first time in history, the Boeing B787 Dreamliner aircraft is being operated by an all Jamaican crew. The Dreamliner is a long-range, mid-sized wide-body jet airliner with twin engines. The aircraft is one of the most advanced and fuel-efficient commercial planes developed by Boeing. It can seat between 242 and 335 passengers in three seating configurations. The Dreamliner costs US$200 million to build. The Jamaican pilots operating the aircraft are Captain Konrad Warner, who previously flew with Air Jamaica, and First Officer Brian Campbell, formerly based with Caribbean Airlines in Kingston. The Jamaicans fly for Etihad Airways.

Etihad Airways is a flag carrier and the second-largest airline of the United Arab Emirates (after Emirates). Its head office is in Khalifa City, Abu Dhabi, near Abu Dhabi International Airport (OMAA – ICAO). Established by Amiri decree of the Emirate of Abu Dhabi in July 2003, Etihad commenced operations in November 2003. Etihad is a romanization of the Arabic word for “union”. The airline operates more than 1,000 flights per week to over 120 passenger and cargo destinations in the Middle East, Africa, Europe, Asia, Australia and the Americas, with a fleet of 119 Airbus and Boeing aircraft as of August 2015.