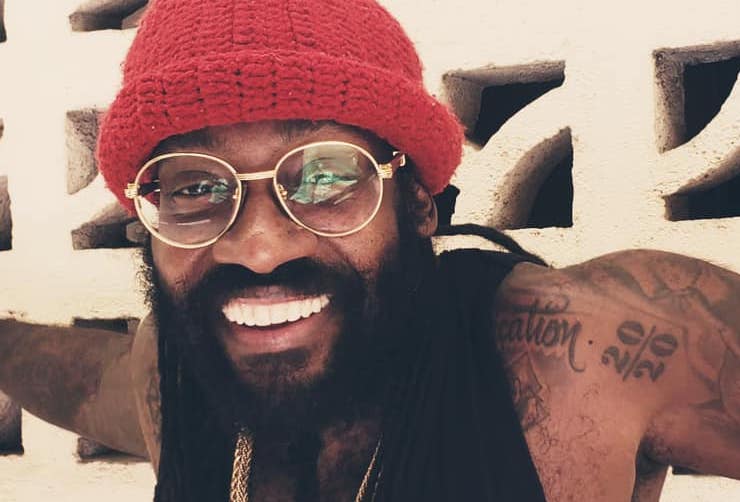 As the countdown hits zero, a star-studded lineup including Bounty Killer, Tarrus Riley, Agent Sasco, Tessanne Chin, Jermaine Edwards and Dean Fraser will come together for the Veterans for Veterans concert on Saturday, November 13. The virtual event will be the main donation drive for the National Poppy Appeal 2021. It will raise funds for the care of indigent ex-soldiers.

“This event is the Grand Finale for our 2021 Poppy Appeal month which was launched on October 3” explained Lieutenant Colonel Warrenton Dixon, chairman of the National Poppy Appeal and Executive Producer of the event. “Our goal this year is to raise $15 million, and we have been pulling out all the stops with our Poppy Patrols and the Step for Vets. However, we are still below the target and so this event will be used not only to entertain, but to educate and to push for donations”.

This one-of-a-kind event promises to be more than just concert. “It will be a top-class production that will offer first class entertainment while revealing a unique perspective of the army core. With the performances set within a backdrop of some of the army’s exclusive locations, we will showcase the grandeur, the pageantry and the style of the JDF, along with the star powered musical line up that will be offered”, remarked Martin Lewis of Team Solutions, producers of the event. “Special features interwoven with the musical performances will make for a unique virtual experience which we are sure our viewers will enjoy”.

This year will be the second virtual staging of the event which was taken online in 2020 as a result of COVID 19. “We did it as a necessity last year, commented Colonel Dixon, “however, the experience taught us that a virtual presentation was actually beneficial to the cause as it allowed us to reach a much wider audience than we had in the past. So, this year, it was a no-brainer to do the virtual show. We have now demolished our boundaries and are reaching out to our Jamaican brothers and sisters, and our friends all across the globe, to firstly share in our collective duty to remember those who have sacrificed their lives and wellness for our freedom, and secondly, to donate to the cause so that we can help the ones in need. There are chapters of the Jamaican ex-soldiers in various countries and this cause is also important to them. In fact, Jamaica Ex-Soldiers Association UK joined us this year to stage a gospel concert dubbed “Blessed for Vets”, in Birmingham, England and a special highlight feature of this show will also be included in our Vets for Vets”.

Veterans for Veterans will be aired free on YouTube/poppyappealjamaica, Caribtix.com, One Spot media and TVJ.

The National Poppy Appeal is launched each year on the first Sunday in October and goes until November 11, Veterans’ or Remembrance Day, which is used to pay tribute to war veterans who sacrificed their lives in honour of their country. While wearing of the poppies will officially end on November 11, also called Poppy Day, the fund-raising efforts will continue, and potential donors are encouraged not only to give generously during the Veterans for Veterans event, but also to continue to do so throughout the year.

Several companies have come on board to sponsor the concert including the Jamaica National Group, the JDF Credit Union, The Tourism Enhancement Fund, The Ministry of Culture, Gender, Entertainment and Sport, Iprint Digital, Irie-Jam and Bridge 99 FM, TVJ, One Spot Media, The Gleaner Company, Martin Lewis Productions, The Jamaica Observer, Phase 3, Touchstone Productions, Mayberry, and Supreme Ventures. There are also several companies who have donated and supported the appeal by buying poppies for their staff. Others are encouraged to do so.