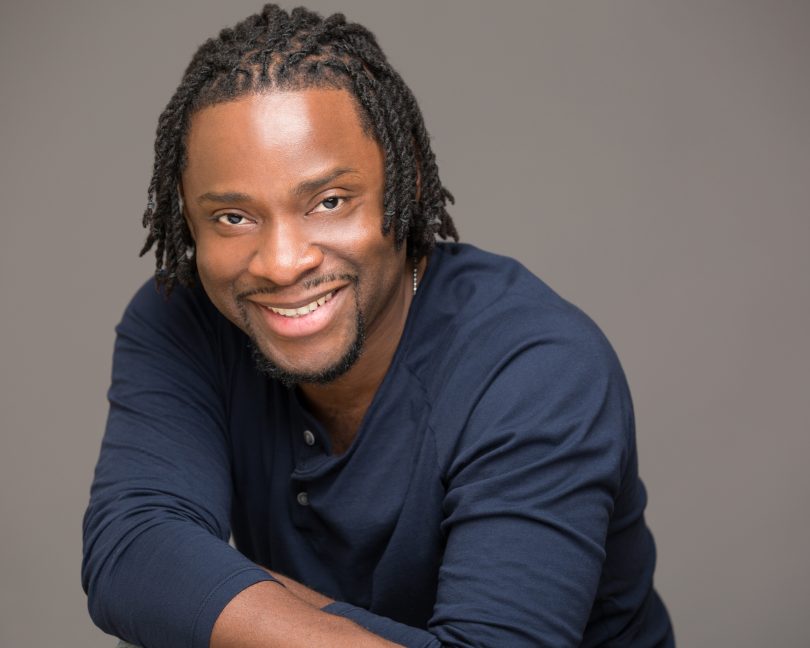 Braata means give me a “tups” more; add a little more on top of what I asked for. It’s the Jamaican colloquial term that’s often heard in the local marketplace, as vendors seek to curry favor with their clients. Braata means you are appreciated by the giver and it means you are worthy of so much more than you’ve paid for. When you get Braata, it’s not usually because you deserve it, but because the person adding a “tups” respects or loves you and finds something special or favorable in you. The word “braata” is also a reminder to come back and spend your time and money with the vendor again. The word brings people together time and time again.

Braata Productions is a New York-based company that keeps giving us Jamaican and Caribbean flavor and favor across the world. While Braata is known for its folk singers, Grand Market, and various stage productions many are not very familiar with the biggest, boldest part of Braata Productions: the Founder and Executive Director, Mr. Braata himself, Andrew Clarke. Clarke is a world-class thespian whose range in both acting and singing run the gamut from pantomime to Shakespeare. We place a spotlight on Andrew to learn a tups more about his commitment to preserving and proliferating Jamaican culture and to further understand the man behind the production company.

1. Tell me about your background. Where are you from?
I was born in Salt Spring, St. James. When I was young, my mom immigrated the US and dad worked a lot, so I got the opportunity to board with the principal of my school, Unity Prep, Reverend Davis. She had a both a church and a school and I lived with her family for a while. I am the only child for my dad but my mom had nine children. My dad wanted the best for me, so he planted me where I could bloom and that was in the Davis’ household. He didn’t leave me, though, because although I lived with the Davises, he would come to take me to lunch every Friday. That was our thing. We would sit together and share some moments over a meal. He has always wanted the best for me.

2. You are an artistic guy. Where did that passion come from?
I attended Cornwall College, an all-boys school in Montego-Bay. While I was there, we resurrected a music club—the Cornwall College Boys Choir and I was in it, along with the speech club, and the drama club. Listen, I was academically competent, but I never focused on academics. Drama and music fueled me. I was always an entertainer. You won’t be surprised that I spent my entire time in the common entrance exam being a comedian. I wasn’t a clown, per se, but I was funny and I had a penchant for making people laugh in uncomfortable situations. While in high school, I participated in JCDC and won over 30 gold medals (Shout out to Marjorie Leyden Vernon).

See, I was good at the humanities but the sciences were just not my thing; I was naturally drawn to the arts. The first song I ever sang publicly was done for some missionaries. The song was, “Yes, Lord, Yes” and that’s when I –and everyone else—realized I could sing! From then on, they put me in all the plays. I was always the lead in all the school plays in prep school.

3. So did you always aspire to be a professional performer?
I’ve always been drawn to performing. One simply doesn’t get away from it. Not every kid is academically inclined. If we don’t have creative people, we won’t have the Beres Hammonds and Beyonce’s of the world. Not all of us will be scientists. Some kids will naturally gravitate towards the arts. I’ve done the corporate thing, but I was not happy. I knew I wanted to do something more fulfilling, so one day I just drove my 1998 Black Honda Civic from Miami to New York with everything I had. When I came, I stayed with friends, and got a retail job. That’s when I started following my dream and here I am today. 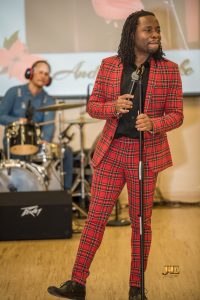 4. What was your initial New York experience? They say if you can make it here, you can make it anywhere. Any truth to that?
The reality of the industry hit me when I got here. There are a couple things that work against you as an actor. If you don’t have an equity card, and an agent, you go to the auditions, sign in, and join the line with the possibility of being seen. I was not prepared for that. When I finally got to be seen years later, the accent became a problem. I’ve been told I’m too this or that (too Jamaican, not American enough). Necessity is the mother of invention, so that’s how I ended up starting Braata. I’d always wanted to start my own folk group but I extended Braata to become a whole production company.

5. Who are your role models? Who inspires you even now?
As a kid, I didn’t have many but now my role model is my dad. He’s a hardworking man who brings joy to everyone who meets him. He’s a humble man who has never been afraid of hard work. And he has given me the best of himself, even when he did not realize. He’s a true role model, a great human being, and I count myself blessed to have a father who loves me this much. 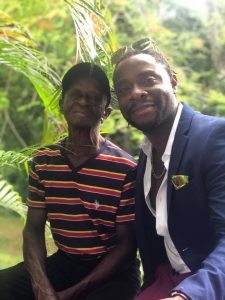 6. What drives you to do what you do?
I’m motivated by the fact that we (Braata) are not number one. We can never get complacent. No matter how much the audience is cheering, we can do better. There are always rungs on the ladder. Andrew hasn’t arrived where he wants to be yet. I’m not a household name, and my name is not synonymous with sold-out seats. Sometimes you’re just a drop in a mighty ocean and you have to keep rowing.

7. How do you categorize yourself and what you do?
I am a classically trained singer and actor. For years, people didn’t realize I could sing, but when they hear me sing they realize. I trained with Dr. Curtis Watson, an internationally renowned opera singer, at Edna Manley. 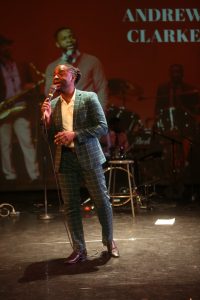 8. So you are an alumnus of The Edna Manley School?
Yes, I went to Edna Manley for theater. I paid my way through Edna Manley. I went to Dr. Watson and said I don’t have money and he and his wife gave me free classes and I got a short intro to classical voice. I always had the Broadway sound. As an actor, though, I wasn’t prepared for the world of acting. When students leave other schools, they get exposed to a wide range of performances. The world is coming to Jamaica to find actors. We need better exposure to the different styles of acting and Edna Manley should adjust the curriculum to include more styles. After coming to New York, I attended Brooklyn College, where I studied theater. 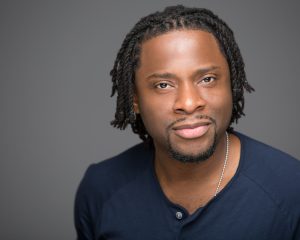 9. If you could write a book about your life, what would the title of chapter one be?
I’m not sure what the title would be, but it would have to start with my dad. My dad made so many sacrifices to make sure I had a good start in life. He didn’t have the things that he gave me, but he knew that it was good for me to have them, so he ensured that I had the best opportunities he could afford.

10. What do you wish people understood about the arts?
That it’s not a walk in the park. Leaving corporate America for acting, for me, was taking a risk. You literally don’t know where your next meal will come from. People don’t give artists the respect they deserve because they think what we do is fleeting. It’s blood, sweat, and tears.

11. You’ve traveled the world with your team. What was one of the most rewarding experiences along the way?
We took the show to Nevis. Sometimes you have to invest in your own dreams. It was rewarding experience because I stepped out on faith. I also stepped out on faith by bringing the Braata Folk Singers to the World Choir Games in Cincinatti, OH and we got two silvers and a bronze. We were one of the smallest choirs. Anything that takes us out of our comfort zone works well. It’s a sacrifice.

We are in the season of Braata’s tenth anniversary, which started in June, 2019 and will last until June, 2020. Of course, we just finished Grand Market in New York City and coming up in March will be a remount of our play, directed by Chris Walker, Welcome to America: A Caribbean Musical. This is the story of Sabrina, an undocumented immigrant who comes to the US with hopes of becoming a big star, only to have her hopes dashed by the harsh realities of what life in the USA really entails. It’s a riveting production and given the current climate of our country, an even more important topic for us all to engage.

In addition to that, I’m hoping to launch an EP soon. I am also contracted quite often to host a number of local and international events.

13. I heard there’s a fundraiser for the Braata Folk Singers? Any word on that?

Yes! We are working on raising some funds to support the work of the Braata Singers. Our mission is to preserve Jamaican culture in order to ensure that the masses get to experience the beauty of the folk songs that have uplifted us throughout our lives. We appreciate any help the general public wants to offer. Please, please click and donate because every mickle mek a muckle: Save Braata Folk Singers

14. Well, I’m certainly looking forward to the production in March and to all you have in store! How can we find you?