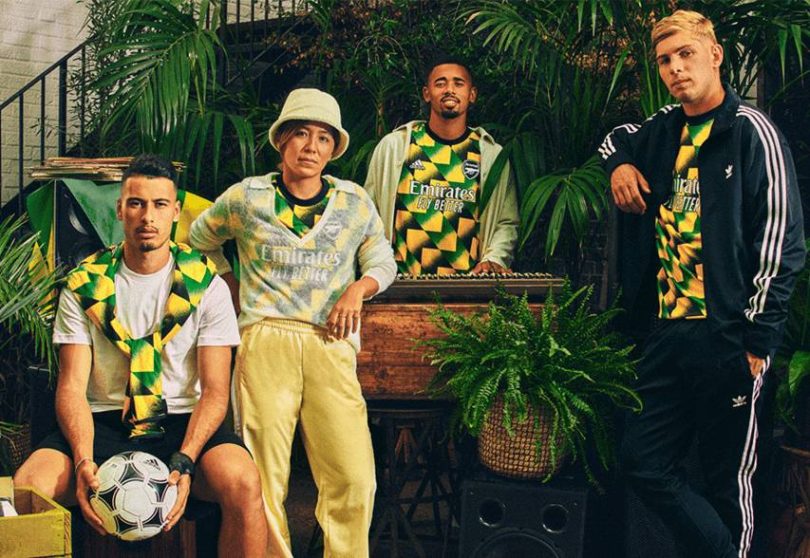 The Arsenal Football Club of the Premier League, which is based in Islington, London, England, has released a pre-match jersey for the 2022-2023 season that celebrates its Jamaican supporters.

With its new jersey, which features a bold, geometric print in the green, gold, and black colors of the Jamaican flag, Arsenal wants to recognize the many Jamaicans that live in its local community and to honor the Jamaicans who call both North London and Jamaica home. 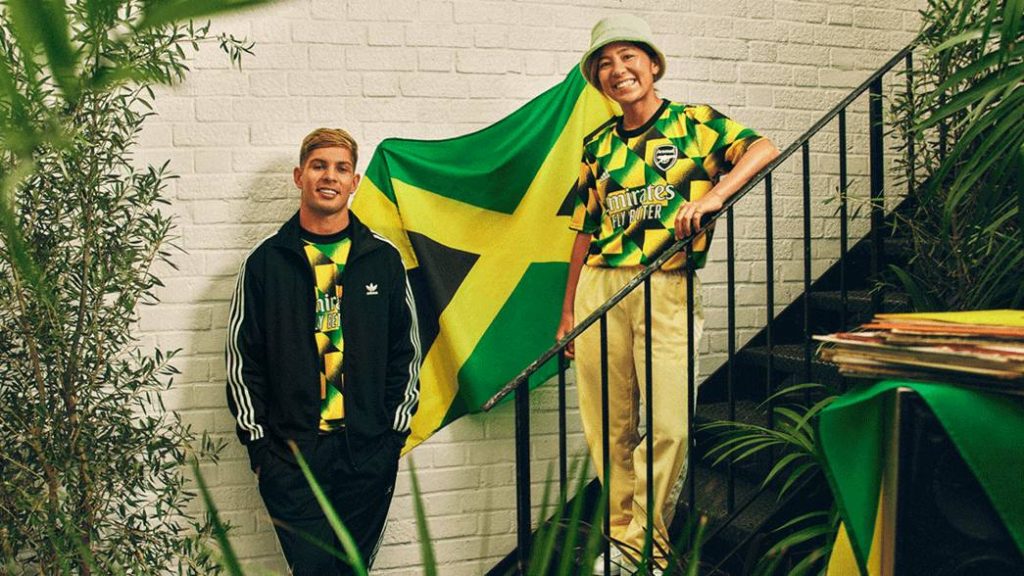 The campaign of which the new jersey is a part combines football and fashion and features Arsenal’s supporters in Jamaica along with players in London wearing the jersey. The jersey featured on the weekend of the Notting Hill Carnival on August 28 and 29, 2022, the biggest celebration of Caribbean culture in the world, and before the Arsenal men’s first-team match against Fulham, which Arsenal won with a score of 2-1.

The campaign’s launch follows other initiatives that Arsenal and Adidas have implemented to show appreciation for their fans. The “Arsenal Supporting Supporters” campaign, which began in July 2022, included a donation of £5 from each sale of the 2022-23 home shirt to the Arsenal Foundation until the new season begins. The Foundation supports local community projects. 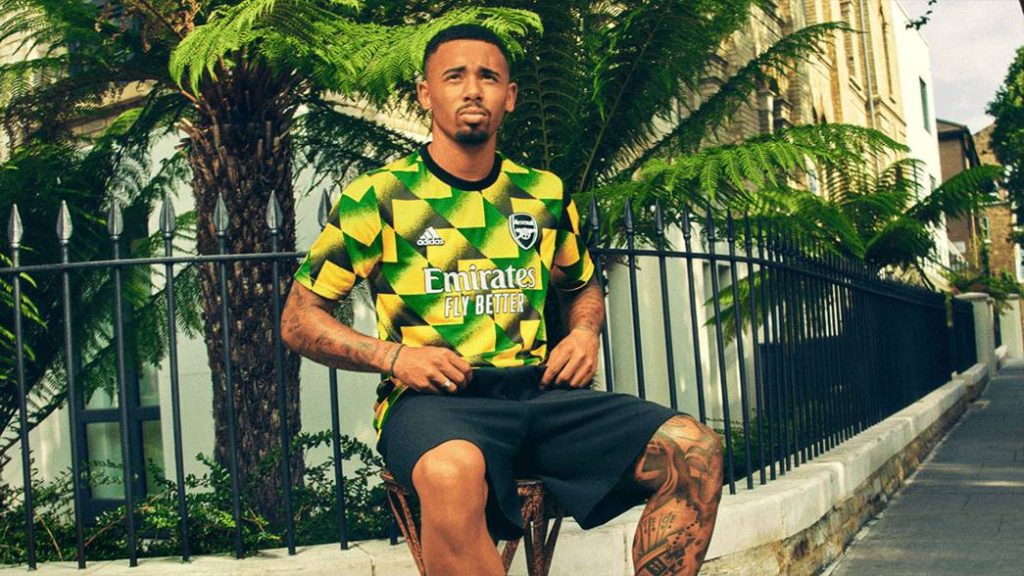 Emile Smith Rowe, an Arsenal player of Jamaican heritage, noted that “Football is nothing without the fans.” He added that he was proud of the fact that Adidas and his club continued to support fans of all backgrounds. He also noted that the new shirt was “stunning” and that he looks forward to wearing it.

Legendary Arsenal player Ian Wright, MBE, who was born to Jamaican parents in London, stated that the new jersey is more than just a pre-match jersey for him. He said it represents Arsenal’s history of support for its players, fans, and communities. He added that the club has always been a safe place for him to celebrate his own history and heritage.

Arsenal was the first football club from the south of England to join the Football League in 1893, reaching the First Division in 1904. They continue to have the longest streak in the top division and have won the second-most top matches in the history of English football. Between 1998 and 2017, Arsenal qualified for the UEFA Champions League for 19 consecutive seasons. It has won 13 League titles, a record of 14 FA Cups, two League Cups, 16 FA Community Shields, one European Cup Winners’ Cup, and one Inter-Cities Fairs Cup. On the basis of trophies taken, Arsenal is the third-most successful club in English football.

The new jersey can be purchased from Arsenal Direct and the Armoury.