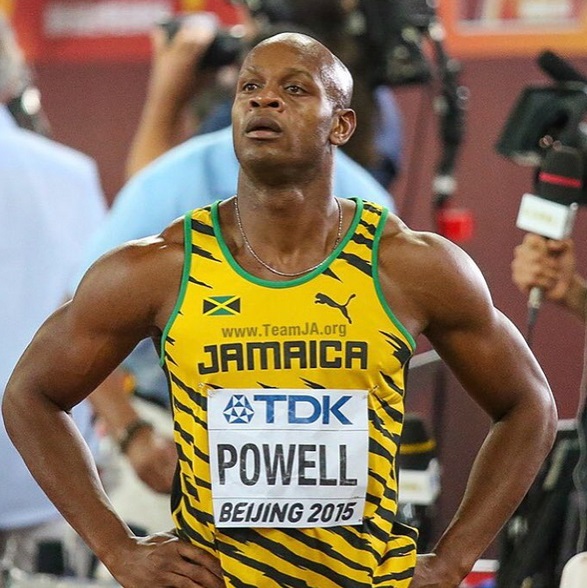 Bolt’s split-second victory over Gatlin at the IAAF World Championships had Jamaican tongues wagging, pots clanging, and voices filling the air yesterday! The champ retained his title and, once again, silenced his pompous rival. Bolt’s name rang far and wide from social media to social clubs in the diaspora. Usain Bolt made Jamaica proud–again. However, as quickly as we cheered and “buss shot” for the champion, we also stared in amazement at the guy who came in on God’s perfect number, 7, and the grunts and the dismay began, as we mourned a foreseeable loss. But, in the words of the great Beres Hammond, “what could you do to stop a man from trying?”

Oftentimes, sportsmen teach us lessons without saying much. Asafa Powell has lost many a race in the past few years and has, each time, been made a public spectacle on myriad media programs. That “Asafa a hogseed,” and “cho him fi give up,” or “wi nuh have nuh faith inna him,” are phrases commonly uttered (or typed) whenever he has lost a race. But there’s a monumental lesson that Asafa Powell has to offer to all Jamaicans. The average human being, when met with constant trials, eventually gives up or, possibly, switches focus. Several Facebookers supported and encouraged Asafa, while others took the opportunity to advise him to finally “hang it up.” Yet in Asafa’s apology echoes the same determination that brought him to the forefront ten years ago:

“I am sorry I let my fans and Jamaica down at another championship. There is nothing you can say that I haven’t told myself already. I will keep trying and keep motivating myself … This isn’t the end … I am glad that Bolt took control and got the victory for ‪#‎teamjamaica.” (Facebook).

“This isn’t the end.” There is a simple lesson in trying. This man, despite the backlash, the constant derision, the unending criticism, refuses to quit! Powell’s determination to demonstrate the “love and loyalty” of his Jamaican heart by continuing to compete is commendable. There is something authentically Jamaican about this refusal to quit, this “strength and vigor,” this unending desire to still fight for the gold, even after missing the mark many, many times. There is something purely, authentically yardie about a man who doesn’t feel the need to quit even when others tell him to quit. There is something very proudly Jamaican about Asafa Powell. True champions don’t give up, even when the race is too hard for them to run. True champions understand the laws of gravity—that every object in the universe exerts some degree of pull on every other object/mass—and Asafa has chosen to pull on his motivation, his energy, his authentic Jamaicanness to remain steadfast despite the forces working against him.

There is a lesson in trying that Asafa Powell hands to the world every time he enters the blocks. As much as we Jamaicans love to win, we also never give up. When Asafa enters the blocks, he knows everyone is watching. He knows the forces that are against him. He knows that he will possibly “pull up” or “pull something” or “come dead laas” but he still enters the blocks. There is something authentically Jamaican about Asafa’s wisdom and courage and we can all learn that despite the gravitational forces (aka goat mouts and labba labba people) working against him, he continues to enter the blocks to do something that the average human (aka his critics) would not have the power to do on any given day. Sure, it is his job. Sure, he’s getting paid. Sure, he is being paid to win. It helps to consider how many human beings actually excel at their jobs every single day.

Asafa Powell is a lesson in trying and if at first you don’t succeed, try, try again. Jamaicans can still be proud of a Jamaican man who constantly puts himself on the block in his country’s colors, to show the world that even though he may not be the biggest champion, he is still willing to try. Perhaps if we consider what it must take to keep on getting into those blocks, we will realize that Asafa Powell is not as big a loser as it may appear. He still wears the jersey and he still sacrifices his heart, his ego, and his body each time by entering those blocks. For that alone, Asafa, we say repec’ due, yuh a humble yout’. Let’s not just cheer for first place. Let’s cheer for courage and the indomitable yardie spirit that refuses to quit when things get rough. There is something authentically Jamaican in this lesson in trying. We know the adage,“man nuh dead nuh call him duppy.” Stay in the blocks,Asafa, cause betta mus come!