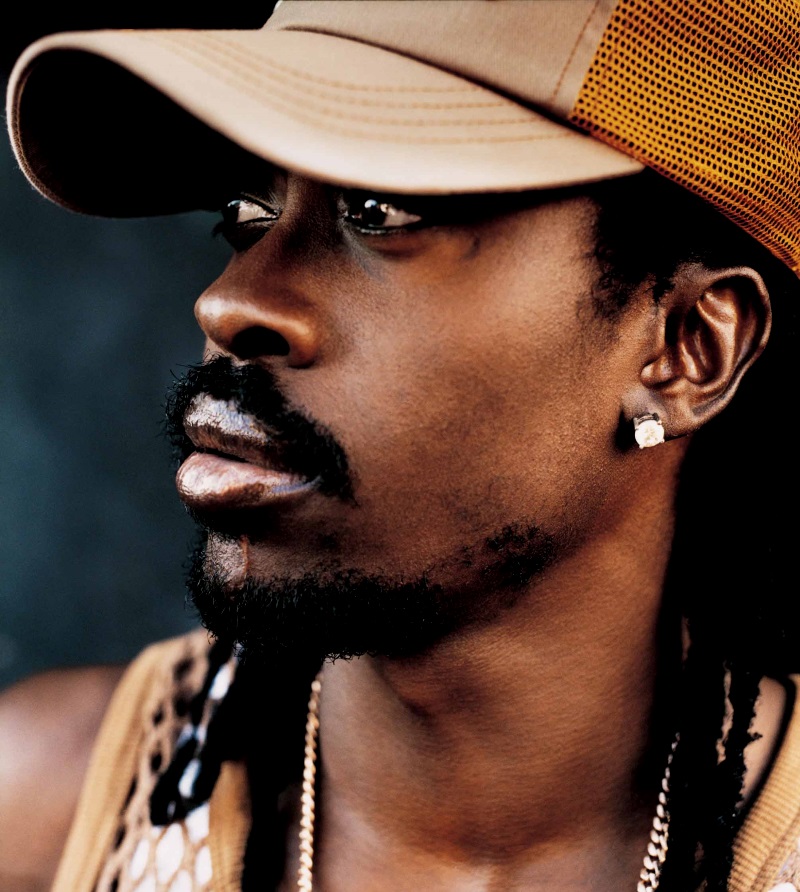 Grammy award-winning Jamaican reggae artist Anthony Moses Davis, better known by his stage name Beenie Man, was born August 22, 1973 in the Waterhouse district of Kingston, Jamaica. He started his music career at the very early age of five when he began toasting and received the support of his uncle, Sydney Knowles, drummer for Jimmy Cliff. In 1981, Davis won the Tastee Talent Contest and was introduced by the radio deejay Barry G to local sound system operators. It was during this time that Davis became known as “Beenie Man.” His debut single “Too Fancy” was produced by Henry “Junjo” Lawes in 1981. Lawes also included him on the album “Junjo Presents Two Big Sounds” in 1983, which featured the established stars Dillinger, Fathead, and Ringo. His first album, entitled “The Invincible Beenie Man: The Ten Year Old DJ Wonder,” was released in 1983, produced by Bunny Lee. “Over the Sea,” Beenie Man’s first hit single was released that same year. In 1984, he recorded with Barrington Levy and then placed his music career on hold while he completed school. In the early 1990s, Beenie Man returned to music and performed with top dancehall artists like Ninjaman, Admiral Bailey and Shabba Ranks. He recorded at Shocking Vibes studio throughout the 1990s, and his career really took off after his performance at Reggae Sumfest in 1992. Beenie Man’s first Number One single in Jamaica came in 1993 with “Matie.” Island Records signed him in 1994, and his international reputation was confirmed with the critically praised album ”Blessed.” He collaborated with many top reggae and dancehall stars during the 1990s and became popular in the United States with his hits “Romie“, “Who Am I“, and “Girls Dem Sugar“, with the American R&B singer, Mýa. In 2006, Beenie Man received a Grammy for Best Reggae Album for “Art & Life,” featuring Arturo Sandoval and Wyclef Jean. He recorded a duet with Janet Jackson called “Feel It Boy” in 2002 and had numerous hits in 2003 in the United Kingdom, including “Street Life” and “Dude. “Her served as a judge for the judge for the 6th annual Independent Music Awards om 2003. Beenie Man signed with Brookland Entertainment in 2009 and released “Let’s Go” was released on the Overproof Riddim compilation in 2011. His long-time feud with Bounty Killer ended in 2014 when they joined to record the single Legendary.”.Following a one-day tour of Zimbabwe in 2017, Beenie Man was featured in the song and video :My Woman” with Winky D, which won second prize In the Coca-Cola Top 50 Videos of the year 2017 Beenie Man married Michelle “D’Angel” Downer in 2006; she was known as a long-time girlfriend of Bounty Killer. The couple had a son and then separated in 2007. They released a duet single in 2010 entitled “You Are My First” and divorced in 2011. Beenie Man has faced controversy during his career, notably push-back from critics for his anti-gay lyrics – for which he apologized to the gay community in 2012 – and a feud with the veteran deejay Yellowman.