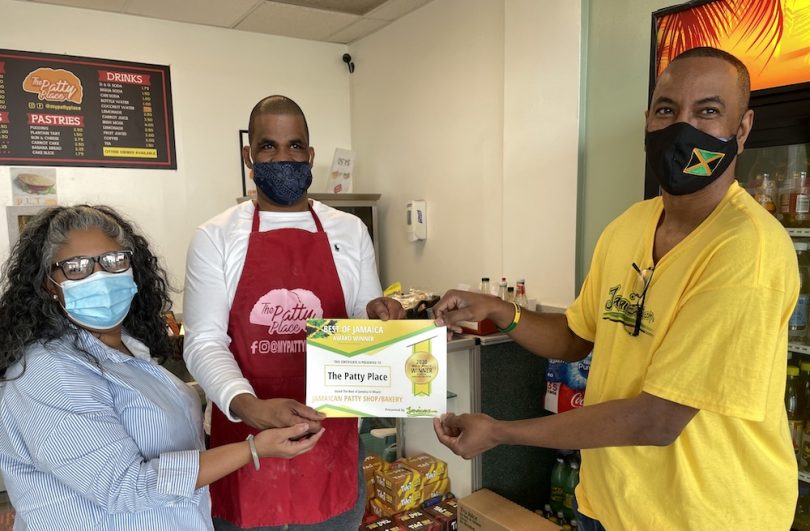 The winners of the Best of Jamaica Awards in Florida, sponsored by Jamaicans.com the world’s premier Jamaican community website, received notification that they were voted Best of Jamaica in 2020 by their fans. Xavier Murphy, founder of Jamaicans.com, personally presented the award certificates to several of the winners. All other winners’ certificates and window decals accompanied by a congratulatory letter were mailed to them.

The recipients were quick to express their thanks to Jamaicans.com, Xavier Murphy, and especially to fans for honoring them with their votes. 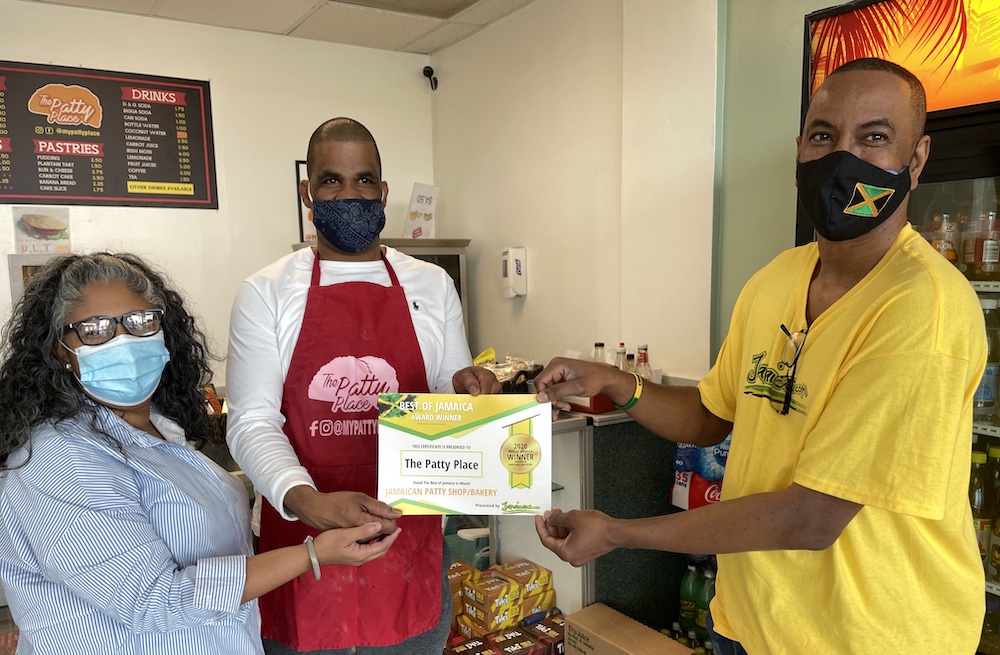 Leighton Walters, owner of Patty Place, the Miami Winner of the Best of Jamaica Best Patties Award joyfully stated, “Jamaicans.com, thank you for this great opportunity. For everyone that voted, this is truly a humbling experience, and thank you for choosing us.” 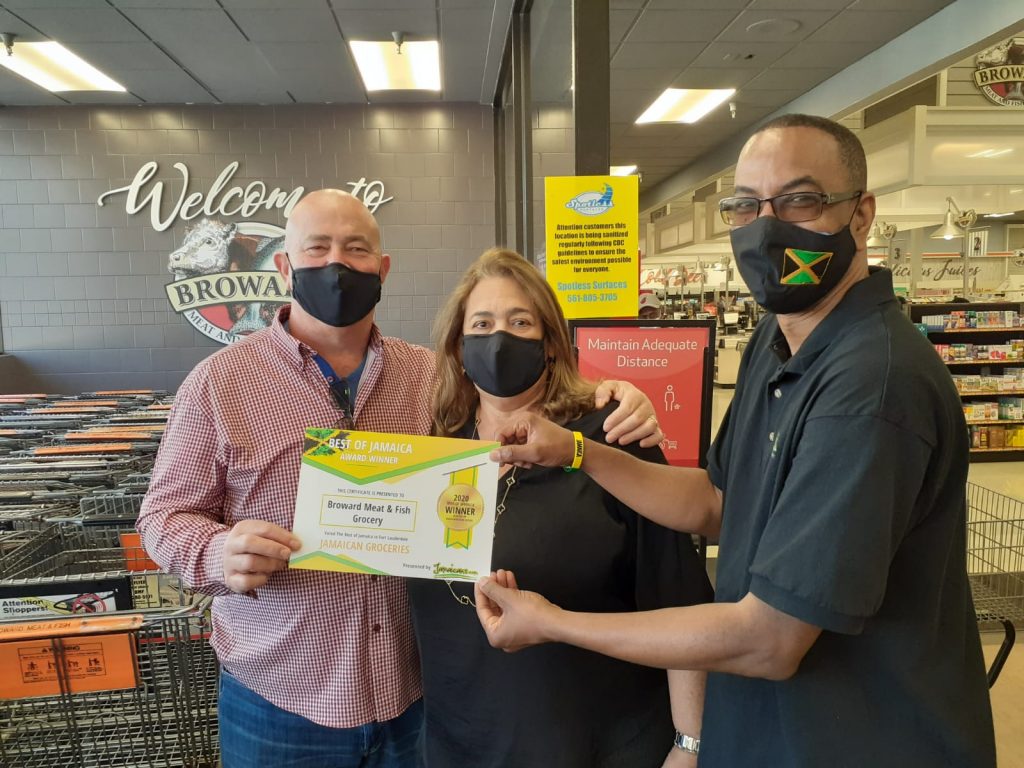 Denise and Ruben Lujo owners of Broward Meat and Fish

The owners of Broward Meats the winner of the Best of Jamaica in Fort Lauderdale Best Place to Buy Jamaican Groceries Award were ecstatic when they received their certificate and window decal. “Thank you Jamaicans.com and your viewers for selecting us as the Number one Caribbean Store in Fort Lauderdale. We are very honored. We have been in the Jamaican community for over 30 years,” they stated. 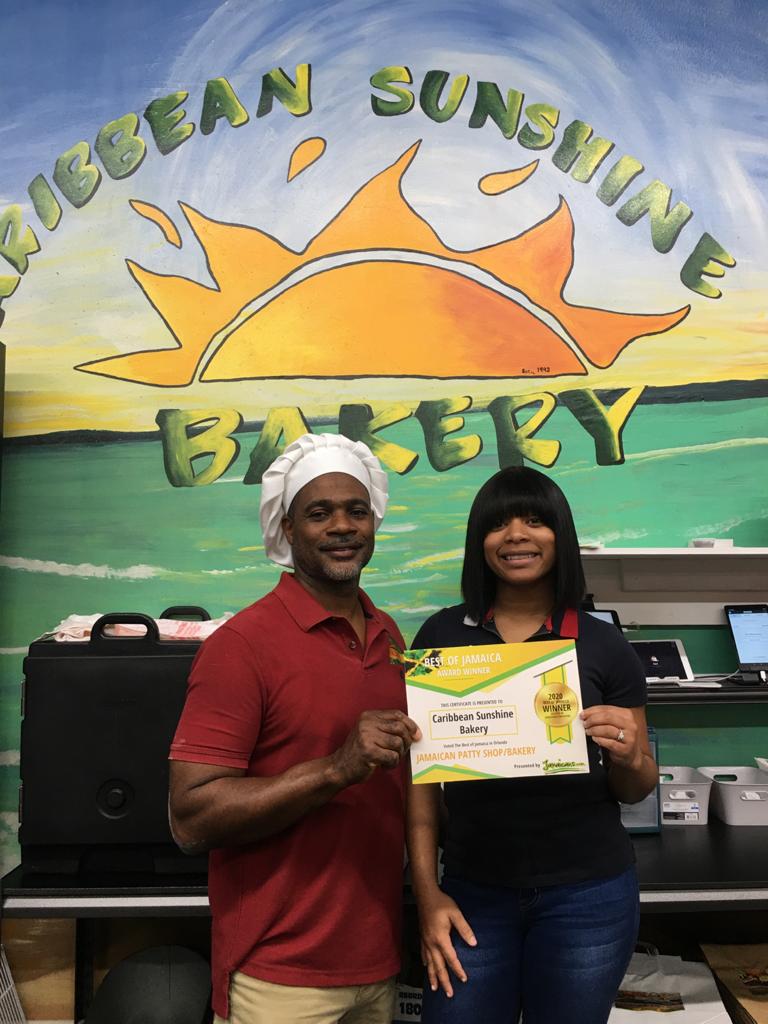 “On behalf of staff and management, we would like to extend our gratitude for the award that was presented to us from Jamaicans.com,” stated Peter Daley, owner of Caribbean Sunshine Bakery, winner of the Best of Jamaica in Orlando Best Patties Award.

Thousands from around the world participated in “The Best of Jamaica” Survey, which asked the question “What is the best of Jamaica?” in Jamaica and in locations where they live abroad. The Best of Jamaica poll results revealed the best in Jamaican food and culture on the island and in the major cities across the United States, Canada, and Europe with large populations of Jamaican nationals.

Commenting on the success of the broadcast, Murphy said, “This was our first year doing a live broadcast of the results. “The show was well-received by the audience, and the feedback was great. It was a good way to celebrate the Best of Jamaica on the island and abroad despite the COVID-19 pandemic of 2020.

Jamaicans.com was launched in 1995 to provide helpful travel information, up-to-date news reports, authentic recipes, informative and entertaining articles, and a directory of Jamaican high school alumni associations. These features have made Jamaicans.com the recipient of numerous awards and one of the top sites visited by consumers looking for information about Jamaica. The complete list of “The Best of Jamaica 2020” winners can be viewed at Jamaicans.com.