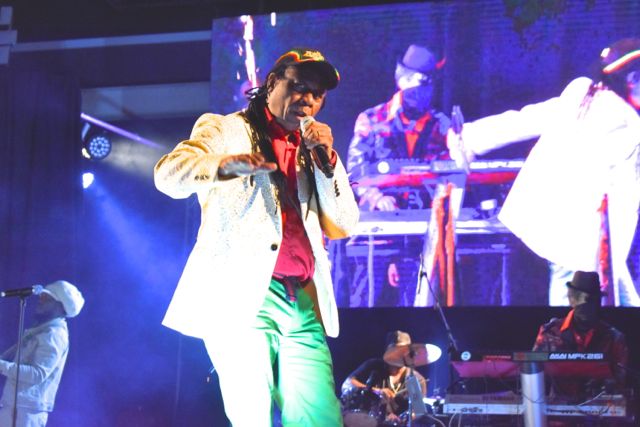 It was a festive and ceremonious occasion on February 27, 2021 in the City of Miramar, Florida at the Regional Park Amphitheater.  Dubbed ‘Black History Meets Reggae’, it was the 2nd Annual Icon Awards, which was presented by the City’s Commissioner, Alexandra P. Davis.  Also on hand for the event, were the Honorable Oliver Mair (Jamaica’s Consul General to Miami) and Commissioner Dale V.C. Holness (former Broward County Mayor 2019-2020).  What’s more, the night featured a special message broadcasted from the Honorable Olivia ‘Babsy’ Grange—which was streamed from Jamaica. 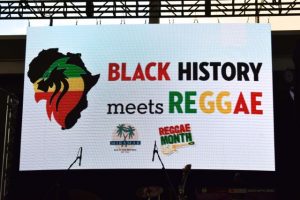 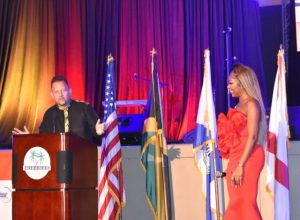 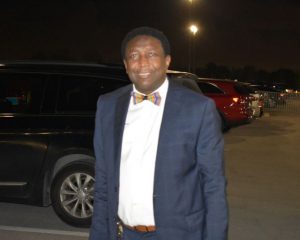 With Jody Ann Gray handling the MC duties, the evening’s happenings got underway at 6pm sharp with a cocktail hour where patrons were able to mingle and network before the 7pm start of the main show event.  The cocktail hour certainly had a nice musical vibe and ambience courtesy of DJ Fergie who took everyone on a stroll down memory lane in serving up timeless classics from the likes of Dennis Brown, Bob Marley, Garnet Silk, U-Roy, Errol Dunkley and Gregory Isaacs to name a few.  Following the cocktail hour mingling and musical segment, it was time for the 2021 Icon Awards honorees to be awarded with pomp and circumstance.

Celebrating 47 years strong in the Jamaican music industry, the venerable Third World is one of the most noteworthy reggae bands of all time, especially when considering the band’s longevity.  Third World is also known for their popular cross-over hit songs spanning over four decades.  Such cross-over hits fused elements of a variety of music genres—including R&B, funk, pop, and rock, as well as dancehall and rap.  Fittingly, the Band’s sound is often described as ‘reggae-fusion.’  With 9 Grammy nominations and a slew of seminal smash hits under their belt, such as—‘Now That We Found Love’, ’96 Degrees in the Shade’, and ‘Try Jah Love’—Third World has surely exhibited enduring staying power, while headlining and selling out tours all over the world.   Band members, A.J. ‘Boots’ Brown and Norris “Noriega” Webb graciously accepted the 2021 Icon Award on behalf of their other band mates.  There was a short video segment played at the Amphitheater that featured Stephen ‘Cat’ Coore and Tony ‘Ruption’ Willliams surfside in Jamaica expressing their gratitude.  The audience then received a special treat from Third World by way of a stage performance.   Lead vocalist, A.J. ‘Boots’ Brown took center stage and delivered ‘Reggae Ambassador’—which Mr. Brown had a lot of fun singing as he threw down some authentic skankin’ dance moves during his performance of the song.  The song, ‘Reggae Ambassador’, is an unforgettable Third World gem that was originally made famous by the group’s former husky-voiced lead singer, William ‘Bunny Rugs’ Clarke, who succumbed to leukemia at his home in Orlando, Florida in 2014 at the age of 65. 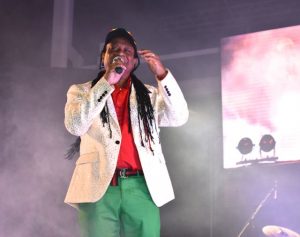 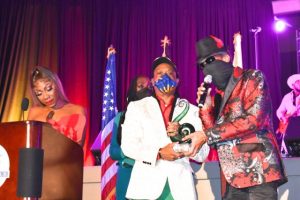 In turn, the legendary Patricia Chin—VP Records co-founder and matriarch—was next up to be honored as a 2021 Icon awardee, which was accepted by members of her proud family on her behalf since she did not attend in-person.   Affectionately referred to as ‘Miss Pat’, Patricia Chin grew up in the heart of Kingston, Jamaica.   VP Records was created in 1979 by co-founders Patricia, the “P” and Vincent, the “V”.  Over the 40 plus years that have passed since then, and VP Records—which began as a small used-record shop in Kingston called Randy’s Record Mart—grew into a central pillar where reggae music is concerned.  It should be noted that ‘Miss Pat’ and her late husband, Vincent “Randy” Chin’s Randy’s Record Mart and Studio 17 is where the careers of artists, Bob Marley & the Wailers, and Toots & the Maytals got their start.  And they all had magnificent and unforgettable careers to say the least.  A Grammy winning record label, the tentacles of the VP Records reggae empire have indeed stretched across the world.  As such, VP Records has since grown to become the largest reggae record label in the world.  Big up ‘Miss Pat’ and family for their ground-breaking contributions to reggae and dancehall music. 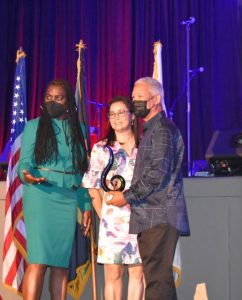 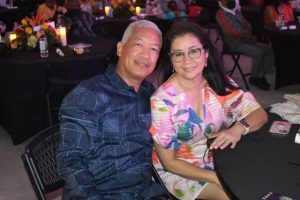 The 2021 Icon Awards ceremony also honored Attorney and Community Activist, Alexandra Audate, a member of the Black Lives Matter Alliance of Broward, who was presented with this year’s Marcus Garvey Award.   The weather was perfect and accommodating for the 2021 Icon Awards outdoors under the canopy of Regional Park Amphitheater, which was totally COVID-19 compliant.   Much appreciation goes out to the City’s Commissioner, Alexandra P. Davis, for putting on such a splendid event.  And of course, a round of applause for the 2021 Icon awardees as well as all the sponsors and those who came out in-person to show support. 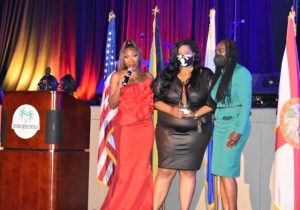 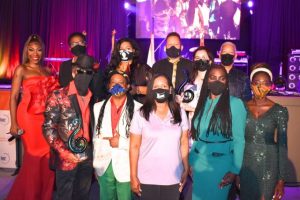