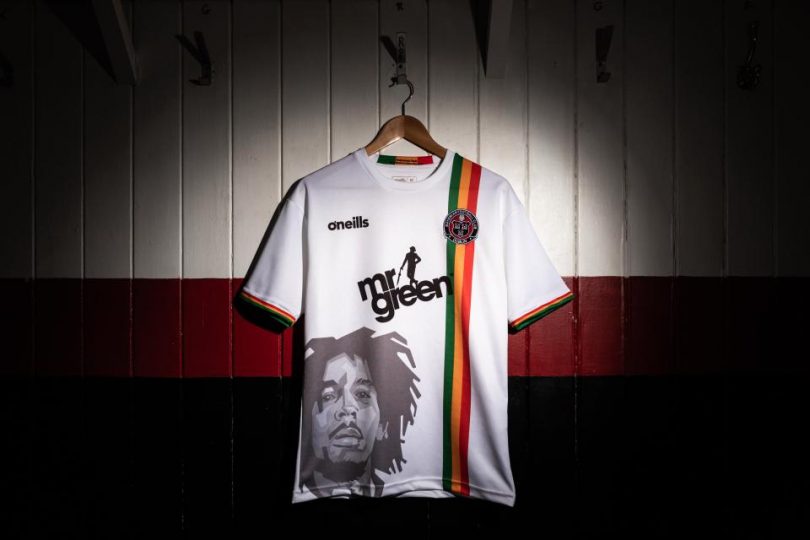 The jersey worn by Ireland’s Bohemians football club during its away games in 2019 will feature the image of Jamaican reggae legend Bob Marley. Marley played at the home ground of the club at Dalymount Park in 1980 to the consternation of some of the team’s more conservative fans at the time. According to the club’s official website “Dalymount Park has played a unique part – chiefly in the sporting – but also in the musical and cultural history of Ireland,” and the Bohemians are happy to celebrate its contribution to both. 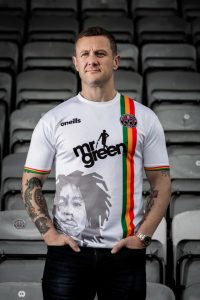 The Bohemians made the decision to include him on their away jersey in recognition of the club’s history. The team has paid homage to Marley before with the Gypsies Supporters Trust providing the funding of a mural of Bob Marley earlier in 2018. The away jersey has been designed in conjunction with kit manufacturer O’Neil’s to give “a nod to Dalymount’s special place in the hearts of football and music fans.” Marley’s son Ky-Mani loves the tribute to his father paid via the club’s shirt, saying it is the “dopest” he has ever seen. Reactions to the shirt have been somewhat mixed, but Ky-Mani really appreciates it. The Bohemians are ranked sixth in its Division. The Bohemians shirt, which features a vertical stripe, a sponsor’s logo, and a large embossed image of Marley at the bottom. A limited number of the shirts are available for pre-order at the Bohemians website.