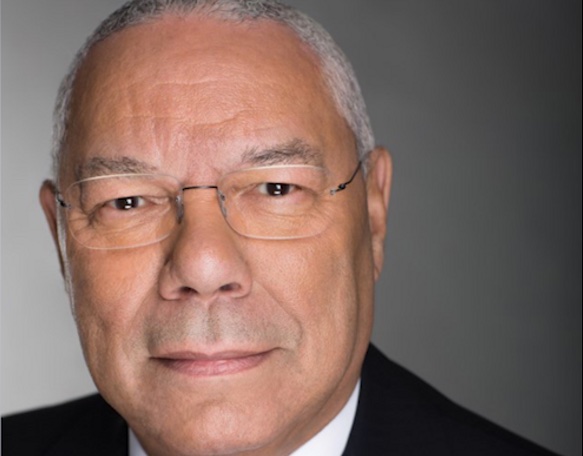 The funeral of Colin Powell, the first Black, Caribbean, Jamaican American individual to serve as United States Secretary of State, was held on November 5, 2021, at National Cathedral in Washington, DC. The solemnities included the playing of Bob Marley’s “Three Little Birds” song to acknowledge Powell’s Jamaican roots and his love for the reggae icon. Powell, the son of Jamaican immigrants, was 84 years old. Powell also served as US National Security Advisor and Chair of the Joint Chiefs of Staff. He was remembered by mourners for his leadership skills, sense of humor, curiosity, and ability to be “comfortable in his own skin.” The funeral was attended by past and present US presidents Joe Biden, Barack Obama, and George W. Bush, along with their spouses, military leaders, and many Washington dignitaries.

Colin Powell was born to Luther Theophilus Powell, who was born in Top Hill, St. Elizabeth, and Maud Arial McKoy, who was born in Westmoreland. His father came to the US in 1920 and worked as a shipping clerk. His mother emigrated to the US in 1929; the couple married in Harlem in 1929. Their son Colin Luther Powell was born in 1937, and when he was four years old, the family moved to the South Bronx. He graduated from Morris High School in 1954, working during his school years at a baby furniture store owned by Eastern European Jews where he learned to speak Yiddish. He also served as a Shabbos goy and helped Orthodox Jewish families on the Sabbath.

He earned a degree in geology from the City College of New York in 1958 and joined the US Army via ROTC. He was the youngest second lieutenant commissioned in the new desegregated Army. Powell served two combat tours in Vietnam and received injuries during both tours. He met his wife Alma Vivian Johnson on a blind date while he was in the military, and they married in 1962. He earned an MBA from Georgetown University and started a White House Fellowship under President Richard Nixon in 1972.

In 1986, Powell was named National Security Advisor by President Ronald Reagan, who also named him chair of the Joint Chiefs of Staff; he was the youngest chair to serve and the first with Afro-Caribbean American heritage. After his tenure with the National Security Council, he was promoted to the rank of four-star general under President George H.W. Bush in 1989. Bush also chose him to be Chairman of the Joint Chiefs of Staff later that year. His tenure as Chair ended in 1993, and Powell retired with the tank of general. In 2001, he was confirmed as the first Black and Jamaican American Secretary of State.

In 2004, after receiving a prostate cancer diagnosis, Powell resigned his position, writing the second of two books and continuing to work with the Colin Powell School for Civic and Global Leadership at City College.