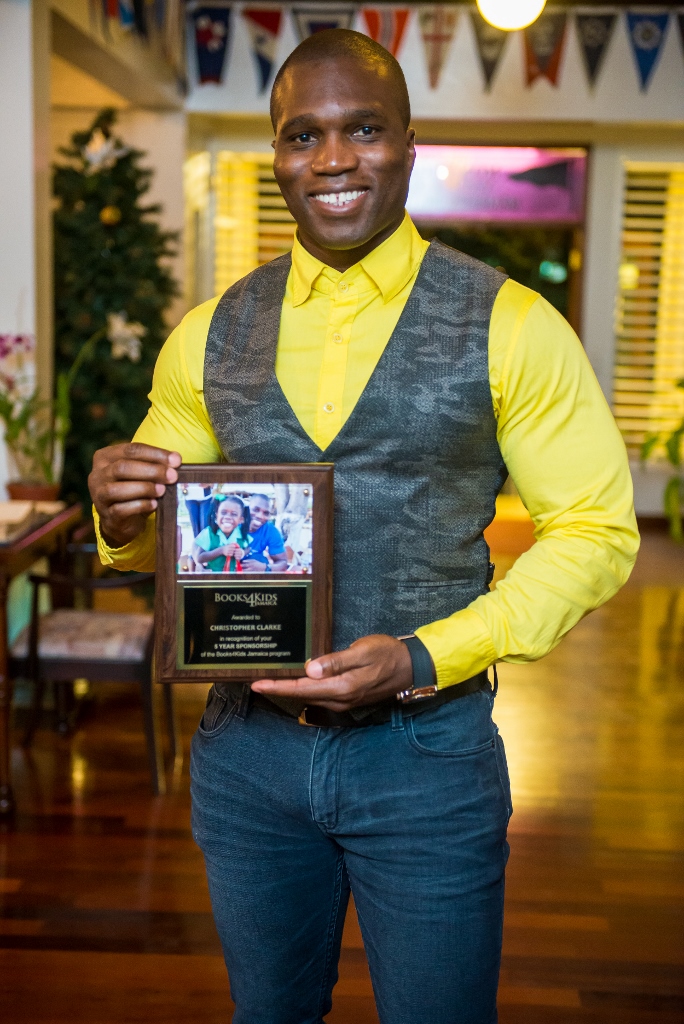 Books4Kids Jamaica announced today that the charity has presented Sponsorship Award Plaques to 45 companies and individuals who have helped the charity over the last 8 years. 23 Jamaican and 22 international sponsors in Europe and the US received Books4Kids Jamaica Sponsorship Award Plaques, recognizing their contributions to the children of Jamaica.

Books4Kids Jamaica Chairperson Ragni Trotta stated that the charity wanted to recognize sponsors and volunteers who have been part of the program for a minimum of 3 years and has contributed to its fundraising, transportation or distribution efforts. Stated Trotta; “The Sponsorship Award Plaques are a thank you to our sponsors for making the program possible. We hope to be giving out many more awards next year, as sponsors continue to support our efforts.”

Sponsors of the charity since 2008, Noel Sloley Jr. of Jamaica Tours Ltd. received a 7 year Sponsorship Award Plaque for the company’s continued support and donation of bus transportation during the annual book distributions. William Craig of Billy Craig Insurance Brokers, who has sponsored the program since the very beginning, also received a Sponsorship Award Plaque from Bob Trotta.

Hoteliers Heinz & Elisabeth Simonitsch, Minister of Parliament Daryl Vaz and Marylin and Stafford Burrowes were recognised for their donations of items to the charity’s online auction. Other individuals who were distinguished for their significant contributions included Garth Ramsay, Tristan and Laura Alvarado from the SJ Foundation and Margaret Kerr.

Max Earle of Frame by Frame and Stephen Cooke of Palace Amusements were both recognised for their role in marketing the Books4Kids Jamaica program. While Max Earle has donated his time and expertise to make numerous promotional videos, Palace Amusements was recognised for the company’s on-going donation of screen space and time throughout their theatres across the island, promoting the annual online charity auctions.

Celebrity Personal Trainer Christopher Clarke was recognized for his long term commitment to both the charity’s fundraising and distribution efforts over the last 5 years. An active promoter of the charity’s annual Online Charity Auction, Clarke has distributed books to 9,443 children at 56 schools, contributing hundreds of hours of community service to the charity.

A family affair, Kathy Dear and daughters Ella and Skylar Hamilton have been active volunteers in the annual distribution effort for the last 8 years, stamping and packing book bags as well as assisting with fundraising. With her natural teaching skills, Kathy Dear has participated in more than 100 school visits, helping to make the book distributions a special experience for thousands of children. This year alone, Kathy Dear distributed books to 2,725 children at 27 schools across the country, including at all the charity’s 11 Kingston district schools.

Other sponsors who were recognized for their long term contribution included Seaboard Freight & Shipping Jamaica Ltd. who has assisted with the shipping of books and materials from Miami since 2010 and Keith Thorpe Customs Broker who have cleared the books every years since 2010. 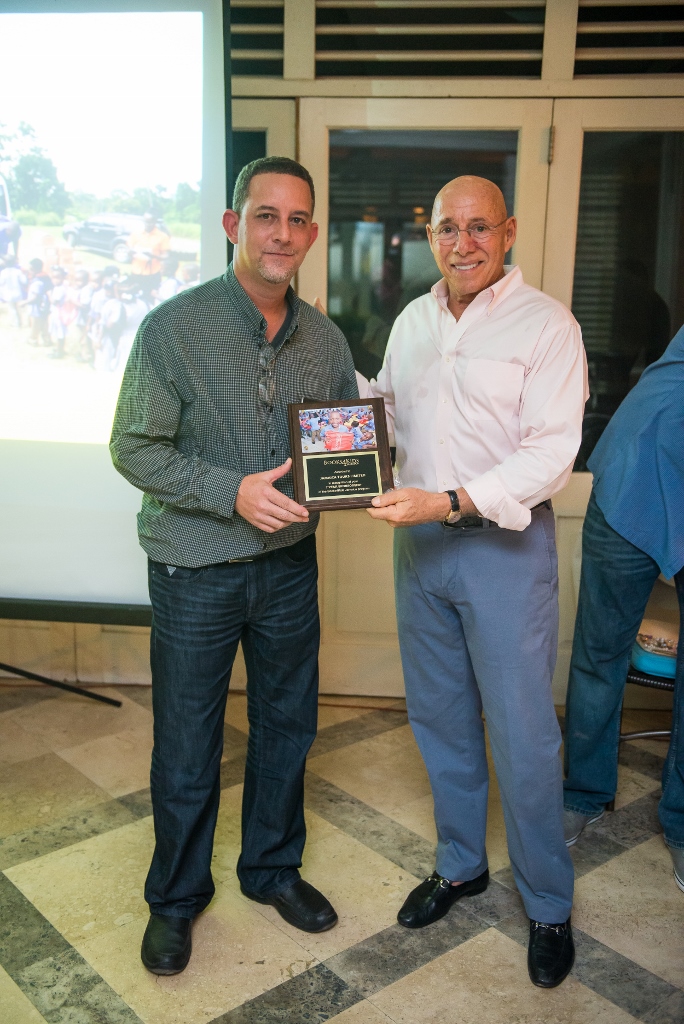 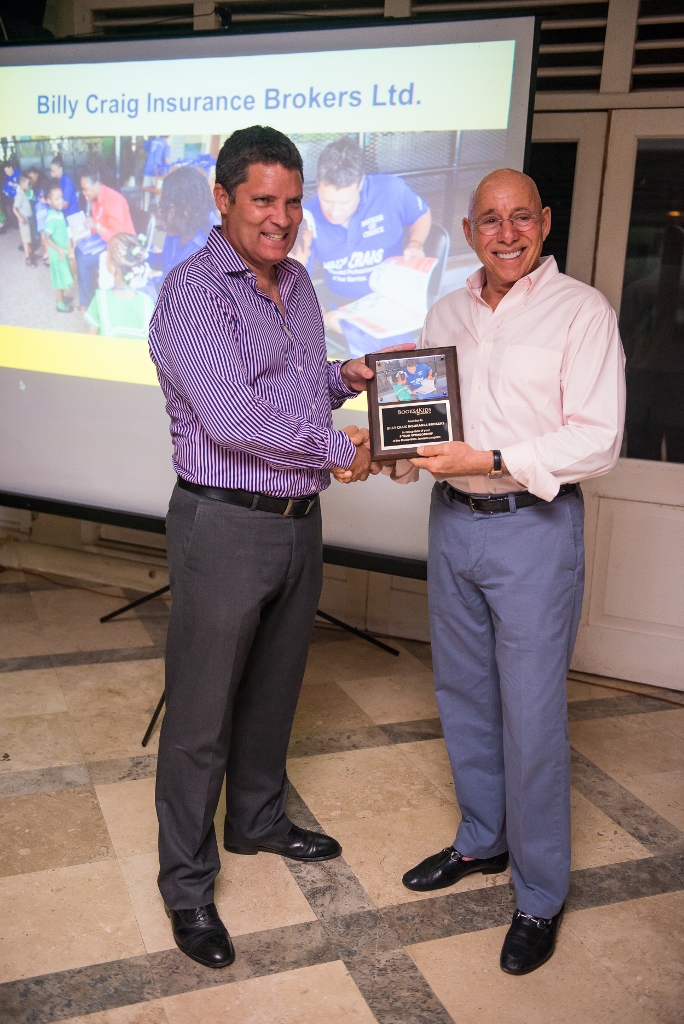 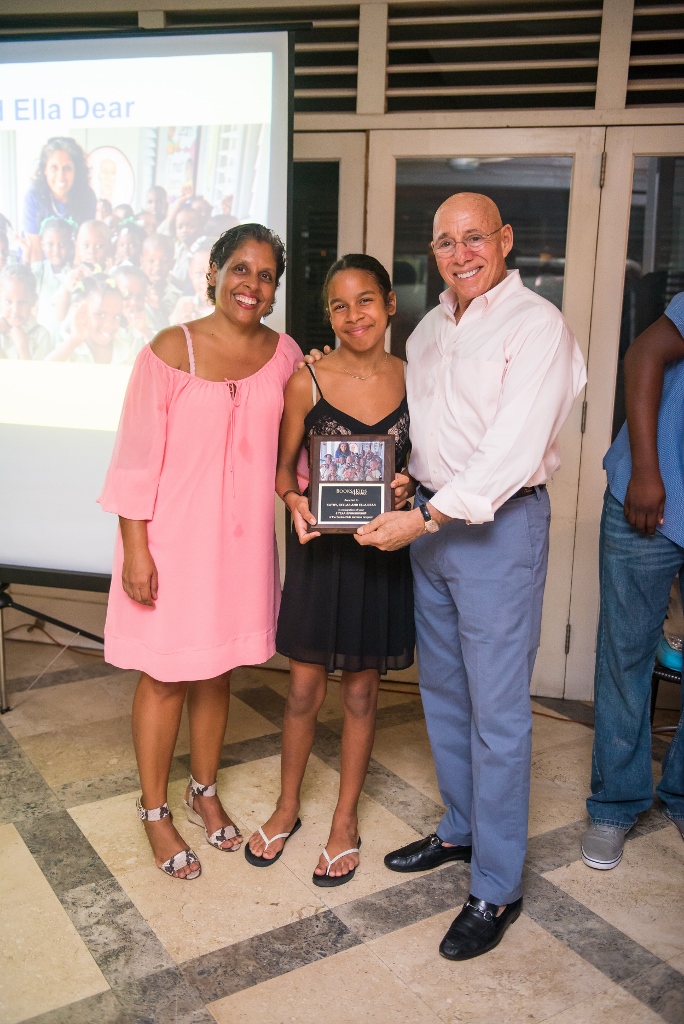 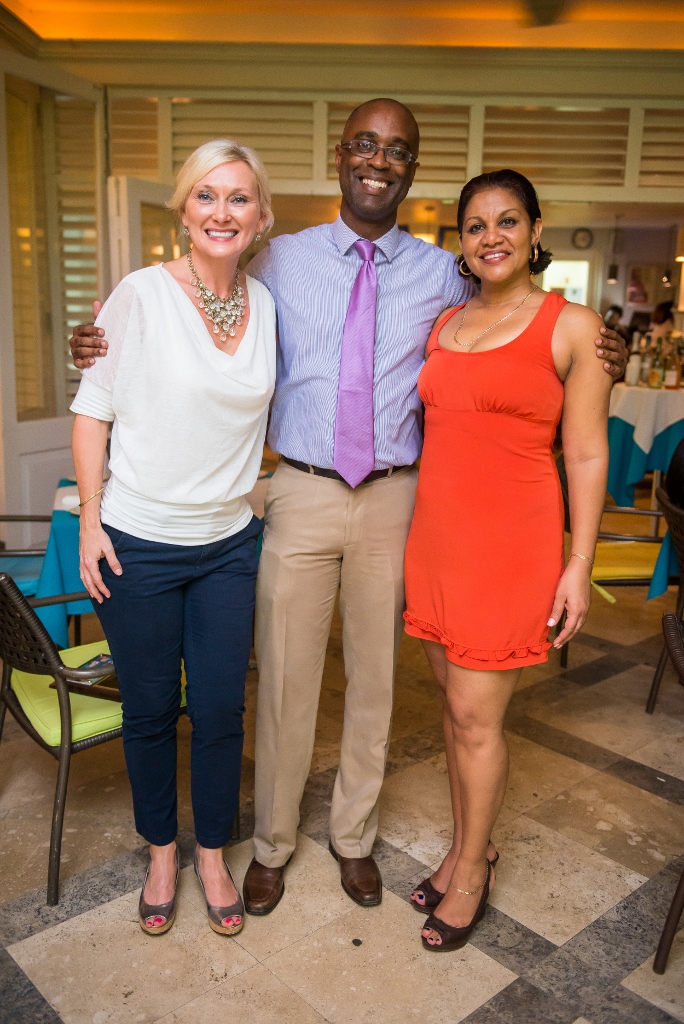 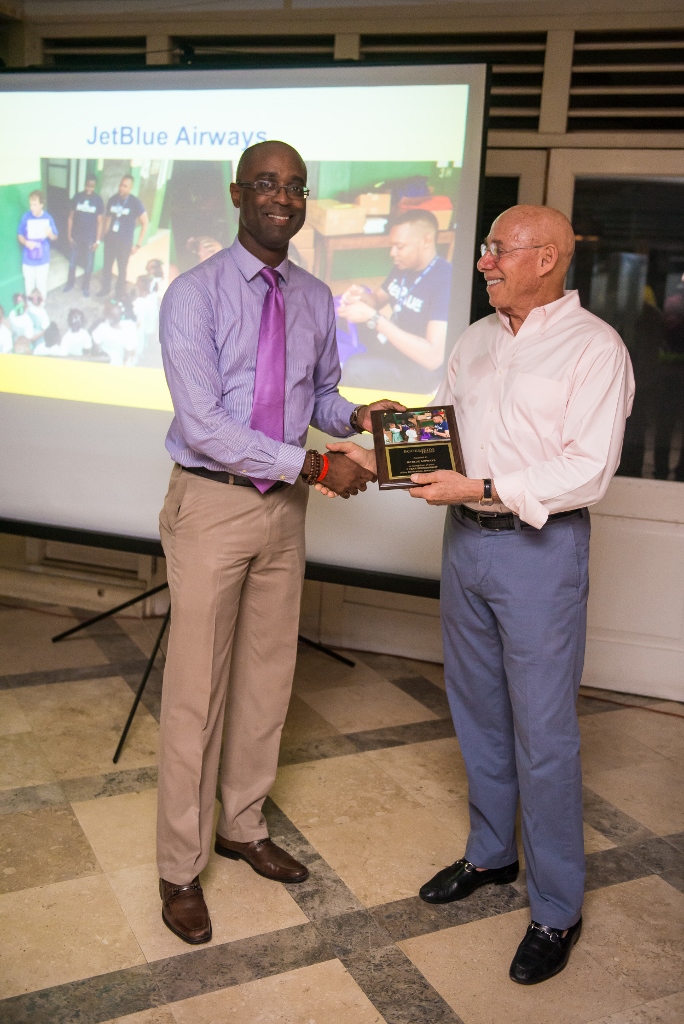 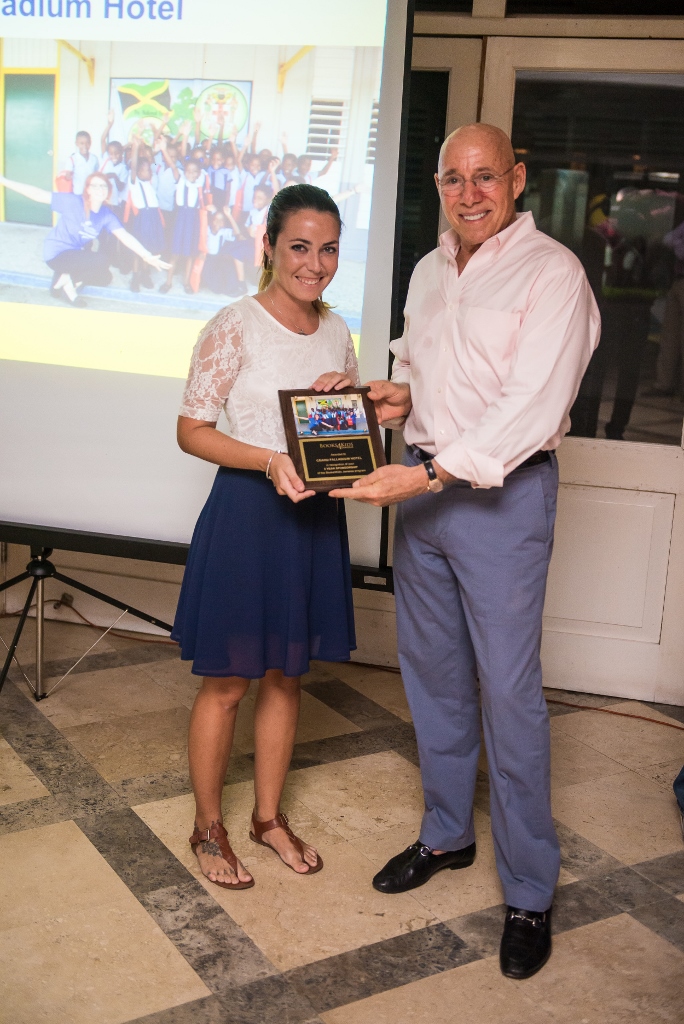 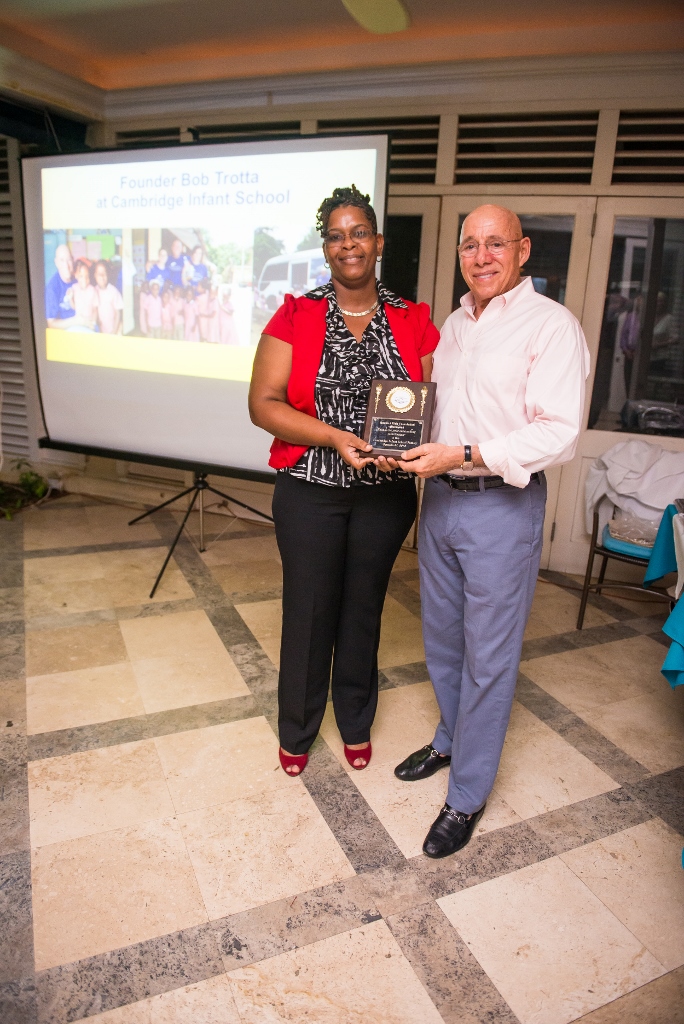