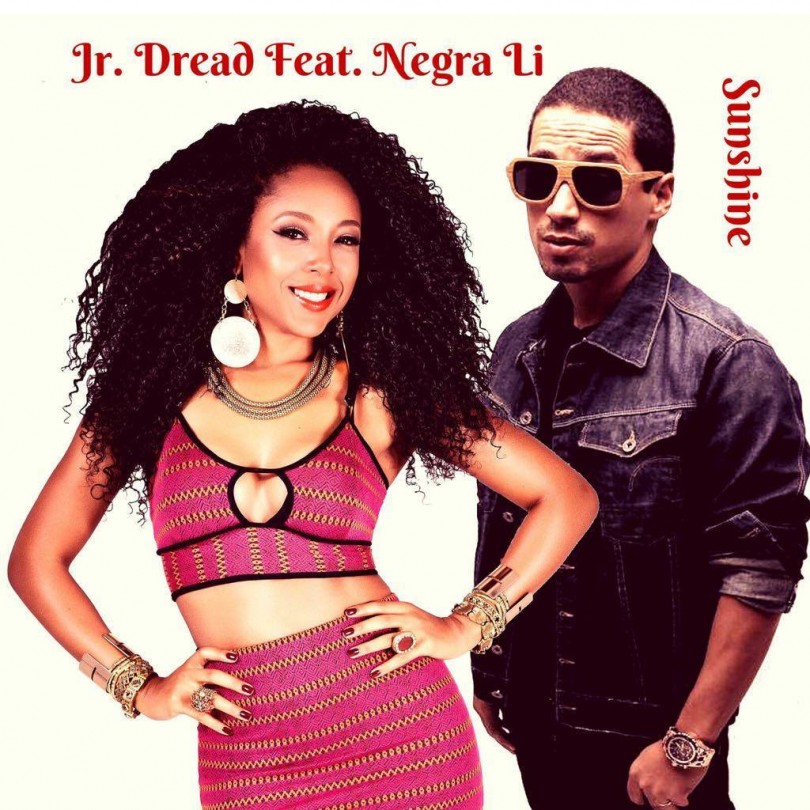 There is something about Reggae music that stars divert from their main genre to sample or record it. Brazilian R&B artiste Negra Li diverted from regular recording to team up with her husband Jr Dread to do the song titled Sunshine’.

CEO/Producer of Donsome Records, Adrian “Donsome” Hanson explains that it all came about when while listening to Jr Dread on the track he thought it needed ‘a woman’s touch’. And of course he didn’t have to look any further than to the artiste’s wife who is already an established singer, actress and model. Having recorded singles as well as being featured with Akon on ‘Beautiful’ and starring in the television musical Antonia.

“I knew it would be perfect seeing that it is a love song. And I knew and loved her vocals on the song Beautiful the producer shared.

After sending the beat to Jr Dread he came with a perfect love song that was just missing the female verse. I listened to his verse and in less than five minutes came up with the words that would match his lyrics and show a female’s sincerity to her soul mate,” he said of his penning input on the song.

Negra Li was more than up to the task as this is not her first reggae flavoured song. “I always loved reggae music. And on all of my R&B albums I include a reggae song on it,” she said.

It is even more enjoyable as she gets to record with her husband whose response “It’s always a joy and an honour because not only am I her husband but I’m also her biggest fan. Music is an integral part of our life,” he said of the combination.

‘Sunshine’ a song about love blooming was the perfect fit for the couple and needless to say the chemistry was spot on from the natural love flow. Right now both husband and wife are focused on different projects with this one song in common, but as far as her husband is concerned … you never know! More combinations could be in the works.

With Reggae music being a powerful force in Brazil … think Jimmy Cliff and other artistes that the country has embraced, it is not surprising that Negra Li admits her thoughts on reggae as being “one of the most powerful and beautiful music”. “It always brings a positive and revolutionary message. And it doesn’t matter if you are old or a baby, it’s a sound that everyone loves,” she shares. An admirer of the late reggae legend Bob Marley for his impact on the music of this century she also loves many artistes and groups such as Israel Vibration, Sizzla, Dezarie, Steel Pulse and Queen Omega to name a few. Although Negra Li is actively involved in dancing, acting, modeling and singer, for her nothing beats the music.

“Cause it’s a universal language that can last forever and influence people in a positive way. It helped me to be an actress and to be strong and passionate about life. The Brazilian beauty is presently recording her third album laced with a lot of influences. Her ultimate goal though is to one day do a full reggae project.

Sunshine will be available on iTunes January 29th, 2016.