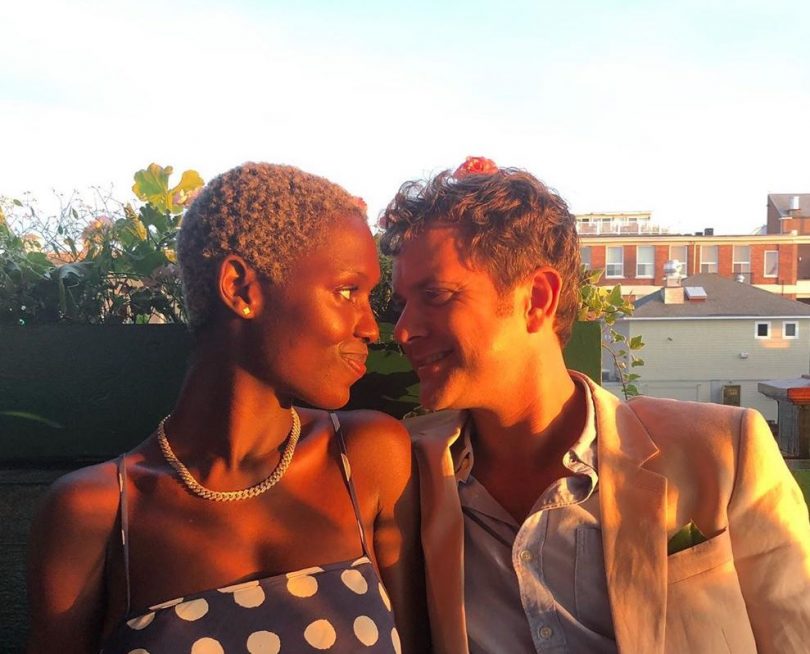 The British-Jamaican actress Jodie Turner-Smith and her husband Joshua Jackson have welcomed their first child, a baby girl. The new baby’s arrival was confirmed by the couple’s representatives on April 21, 2020. The announcement noted that both mother and daughter were happy and healthy. According to People magazine, the actress revealed the baby’s sex on her Instagram account on International Women’s Day.

The daughter of Jamaican immigrants to the UK, the actress is the only one of her siblings who was not born in Jamaica. After her parents’ divorce, she moved to the United States along with her mother. Her senior class at Gaithersburg High school in Maryland voted her “Most Likely to Succeed.”. She graduated from the University of Pittsburgh in 2008 and has lived in Los Angeles since 2009.

Her acting debut occurred in 2013 when she had a role as a Siren in “True Blood.” This appearance resulted in several roles in films and music videos between the years 2013 and 2017. In 2016, she appeared in Zayn Malik’s music video “Pillowtalk. Her role as Sgt. Azima Kandie in the 2017-2018 series of “The Last Ship” on the television network TNT brought her to prominence in her field. It led to a major role in the 2019 series “Nightflyers” as Melantha Jhirl. She then took the role of Josie in “Jett,” a series on Cinemax, which had its premiere in June of 2019.