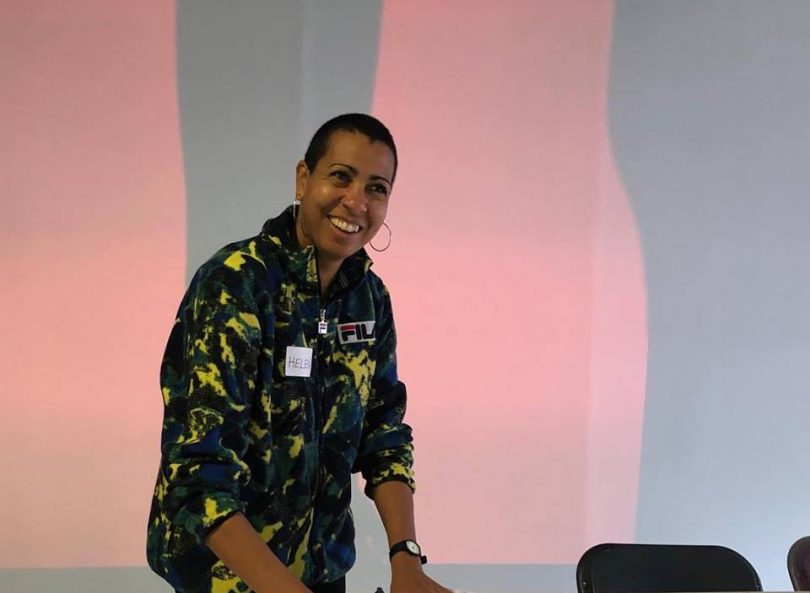 British-Jamaican artist Helen Cammock, who was born in the United Kingdom to a Jamaican father and an English mother, is one of four artists to be shortlisted for the 2019 Turner Prize. Works by the artists on the list include those that blur fact and fiction and explore oppression. In addition to Cammock are Lawrence Abu Hamdan of Beirut in Jordan, Tai Shani of London, and Oscar Murillo from Colombia. Their works will be exhibited at the Turner Contemporary in Margate this fall from September 28, 2019, through January 2020. The Turner Prize winner will be announced on December 3, 2019.

Cammock’s interests lie in sound and history, and she makes films and does spoken=word performances, Her particular area of interest focuses on past events and their histories, rather than a single definitive account of an event. She explores various points of view and facts that can be perceived differently when they are talked about by other people.

Explaining her work, Cammock says that she thinks about who represents who and for whom. This is key to her approach. She is interested in stories that make contributions to a broader understanding of modern society. This includes the legacies that brought individuals to the current point in national and international structures of existence, she says. “I look to explore the relationship between the individual and collective lived experience,” she continued, to investigate via still and moving images frameworks that are both political and social.” She uses her personal experiences to inform the stories she tells.

The Turner Prize is given each year to a British visual artist. It is organized by the Tate Gallery and named for the painter J.M.W. Turner. The first Turner Prize was presented in 1984. It is one of the most prestigious art awards in the United Kingdom.