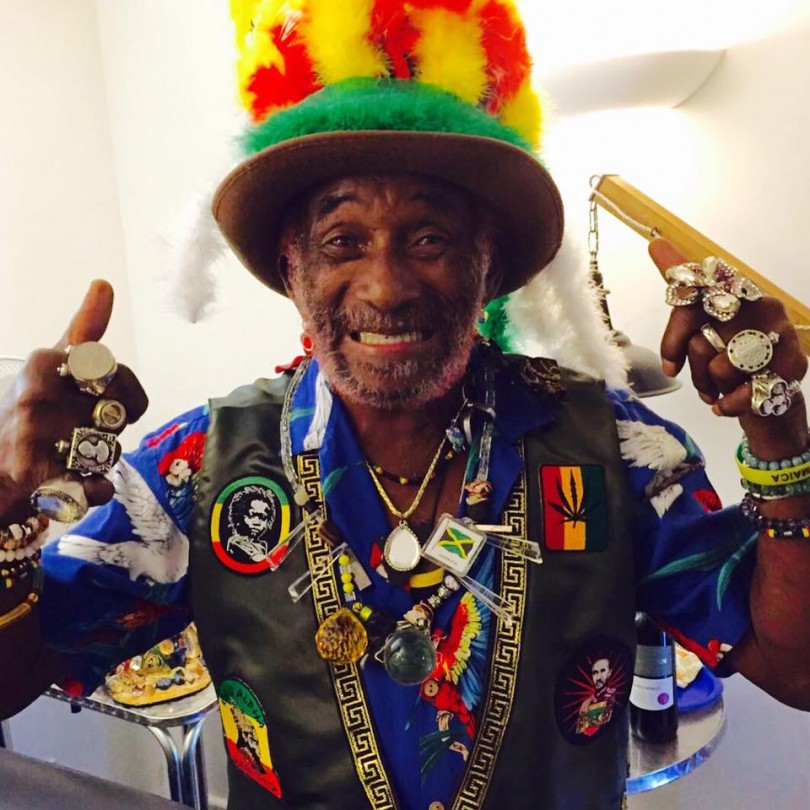 The Guardian newspaper in the United Kingdom ran a photo essay displaying photographs taken by music photographer Dennis Morris of the late reggae icon Lee “Scratch” Perry. Morris enjoyed a 40-year friendship with Morgan who died in August of 2021 and has created a book of the photographs titled “Super Perry” and published by Tang Deng. Their friendship involved music, the Sex Pistols, and magic, according to Morris.

Photographer Dennis Morris was born in Kingston, Jamaica, and raised in Hackney in London. He made a visit to Perry’s Black Ark recording studio in Jamaica in 1976 and described the visit as “entering the magician’s den,” likening Perry at work to a wizard from the world of Harry Potter. He noted how Perry was “always dancing, always moving” as he created his music in the studio.

Morris, who was well known for his work with Bob Marley and the Sex Pistols by 1978, received an invitation from entrepreneur Richard Branson in that year to visit Jamaica and scout for artists to include in the new reggae label of Virgin Records, Frontline. Morris suggest that former Sex Pistol band member John Lydon join him on the trip because Lydon was a big fan of reggae. On the visit, Lydon and Morris met Perry at the legendary Black Ark Studios, along with other musicians who were working with Perry, including Earl “Chinna” Smith, U-Roy, Prince Far I, Big Youth, and The Congos.

The exhibit photographs include images of Perry working with Junior Byles in Jamaica in 1976. Byles worked with producer Perry and Joe Gibbs on his hits “Fade Away” and his debut album “Beat Down Babylon.” There are also photos of Perry backstage at the Jazz Café in London where he performed frequently over the years with the Grammy Award winner, reggae singer Michael Rose, the former frontman for Black Uhuru. There are photos of Perry on the 2016 “Babylon by Bus” session in London in which he presents himself as a living, walking, and dancing work of art with props such as cassette tapes and CDs stuck to his clothing. Morris snapped Perry in his role as curator of the Meltdown Festival at Royal Festival Hall in London in 2003 where the 70-year-old Perry was still dancing and in perpetual movement. Photos of Perry riding on a London tourist bus in 2016 are described by Morris as depicting the musician “casting spells to bring Babylon to its senses.”

In addition to his photos of Marley and the Sex Pistols, Morris is best known for his images of Marianne Faithfull and for designing the PiL logo and the iconic Metal Box album packaging. The photos collected in “Super Perry” were also exhibited on Old Burlington Street in London in September 2022.

See the online gallery at The Guardian