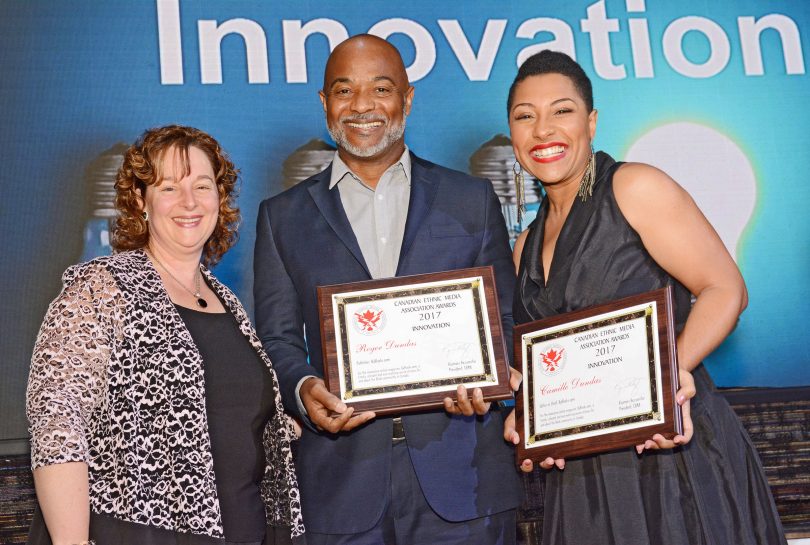 Among 7 other winners, online magazine ByBlacks.com emerged as the Innovation Winner.

The Innovation Award showcases organizations that demonstrate innovation and excellence in Canadian Ethnic Journalism. It is a unique award for outstanding contribution to diverse, fair and equitable coverage and representation of Canada’s citizenry.

“In 2013 we applied for funding from a government agency. The gentleman who reviewed our application told us this concept would never work, because Black people don’t support each other. Well sir, you were wrong. Today we are the top ranked online magazine that is focused on the Black Canadian community.”

Camille Dundas, the editor in chief also spoke receiving the award saying, “One of our most successful innovative projects was the #BlackHistory365 campaign where we posted one story per day for ONE year about Black Canadian history NOT American history. Someone even recognized their great great grandparents in one of our posts. To date we have published nearly 2 thousand articles and had nearly 100 writers contribute to our content.”

Camille and Roger Dundas are both available for interviews upon request.