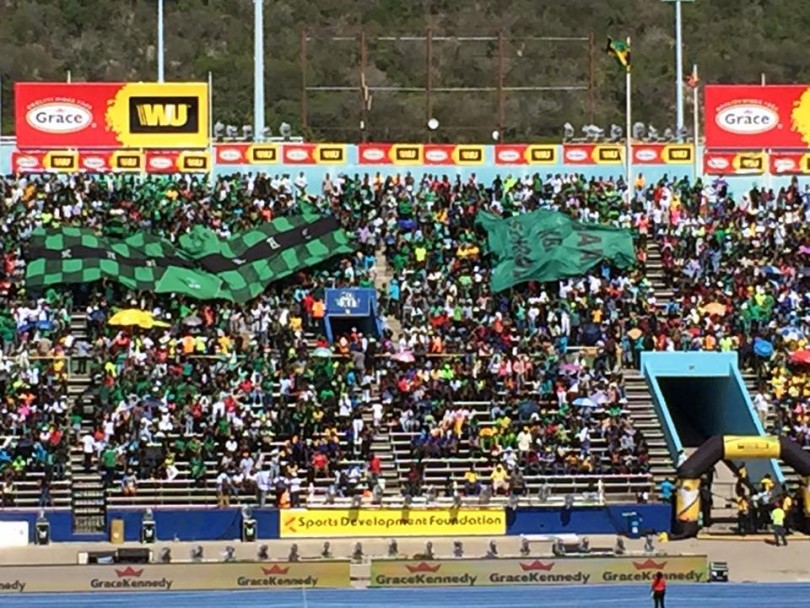 With a score of 287.50 points, Calabar achieved an easy defense of their ISSA GraceKennedy Boys’ and Girls’ Athletics Championships and won their fifth Mortimer Geddes trophy in the process. Once Calabar took the top spot following the finals in the sprint hurdles, it was obvious they would come out on top. This was Head Coach Michael Clarke’s 15th title, which makes him one of the most successful coaches working at his level. Christopher Taylor broke the records in the 200-meter, 400-meter and 4×100-meter relays, ending Champs with an anchor leg that ensured Calabar the victory in the 4×400-meter relay with a time of 3.08.77 minutes. This was Taylor’s fourth gold medal of the competition. Edwin Allen High won its third consecutive Girls’ title. The team from Clarendon totaled 329 points to win their fourth Mortimer Geddes trophy. St. Elizabeth’s Technical High School (STETHS) won the 4×400-meter relay title with a time of 3.37.39 minutes, with the anchor for the team Junelle Bromfield, winning four gold medals in total.