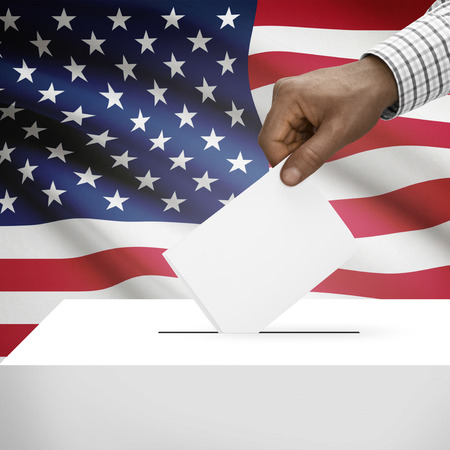 The Caribbean American Politically Active Citizens group in South Florida has provided a voters’ guide designed to help Caribbean-Americans in the region choose candidates who may promote their interests. The group also provides guidance on constitutional ballot amendments. The group says that it has watched news programs, read local and national newspapers, and attended town hall meetings, as well as met with non-partisan advocacy organizations and local community leaders, in order to make its determinations. Candidates are assessed according to their positions on the issues, including education, the economy, civil rights, the US justice system, health care, social services, affirmative action, and economic opportunity, among others. None of the recommendations contained in the Voters’ Guide are meant as substitutes for the personal evaluations and research of individual voters that reflect their own values and interests. For additional information, please contact Dr. Marcia Magnus, Caribbean American Politically Active Citizens, Founding President 954 454 7473.

CLERK OF THE COURT: Brenda Forman

Amendment 1 – Solar Energy Choice: NO
A NO vote on Amendment 1 would:
• Leave in Florida statutes the right for consumers to own or lease solar-power equipment on their property to generate electricity for their own use.
• Leave open the possibility that homeowners and businesses could buy or lease solar-power equipment.
• Halt a potential constitutional barrier to new laws that would broaden the solar-power market by allowing solar companies to sell electricity directly to consumers.
• Protect existing rules that allow net metering, where utilities credit a retail rate to customers generating excess solar power that is returned to the electric grid.

Amendment 2 – Use of Medical Marijuana for Debilitating Medical Conditions: YES
A YES vote on Amendment 2 would:
• Create a constitutional right for people with specific “debilitating” conditions – such as cancer, epilepsy, AIDS, Parkinson’s disease and multiple sclerosis – to use marijuana as long as a physician has certified they have one of the specified conditions.
• Require parental consent before a minor could be certified by a physician to receive medical marijuana.
• Permit caregivers to assist patients with marijuana treatments as long as that person possesses a caregiver identification card issued by the states. Caregivers must undergo a background check and are not allowed to use marijuana themselves.
• Require patients and caregivers to get a state-issued ID.
• Retain state and federal prohibitions on recreational marijuana use, as well as prohibitions on operating vehicles and boats while under the influence.
• Create “medical marijuana treatment centers” to cultivate and dispense drugs to certified patients or caregivers.
• Shield physicians from criminal or civil actions for issuing patient certifications.

Amendment 3 – Tax Exemption for Disabled First Responders: YES
A YES vote on Amendment 3 would:
• Authorize the Legislature to grant a property tax exemption on homestead property to first responders who are totally and permanently disabled from injuries sustained in the line of duty.
• Allow the Legislature to decide whether the exemption should provide full or partial relief from property taxes.
• Require a determination that the first responder’s disability was caused by his or her service in the line of duty.
• Have an undetermined impact on local property tax revenues.

Amendment 5 – Homestead exemption for low-income seniors: YES
A YES vote on Amendment 5 would:
• Ensure that low-income seniors who qualify for a city- or county-approved property tax exemption do not lose that exemption if the value of their home exceeds the $250,000 limit.
• Be retroactive to include seniors who received the exemption starting in 2013.
• Cost cities and counties that currently grant the exemption an estimated $2.3 million in fiscal year 2016-17; $500,000 in 2017-18; and eventually $1.2 million in 2020-21.

Funding for Local Government Infrastructure Projects Through Levy of a ½% Sales Surtax: YES