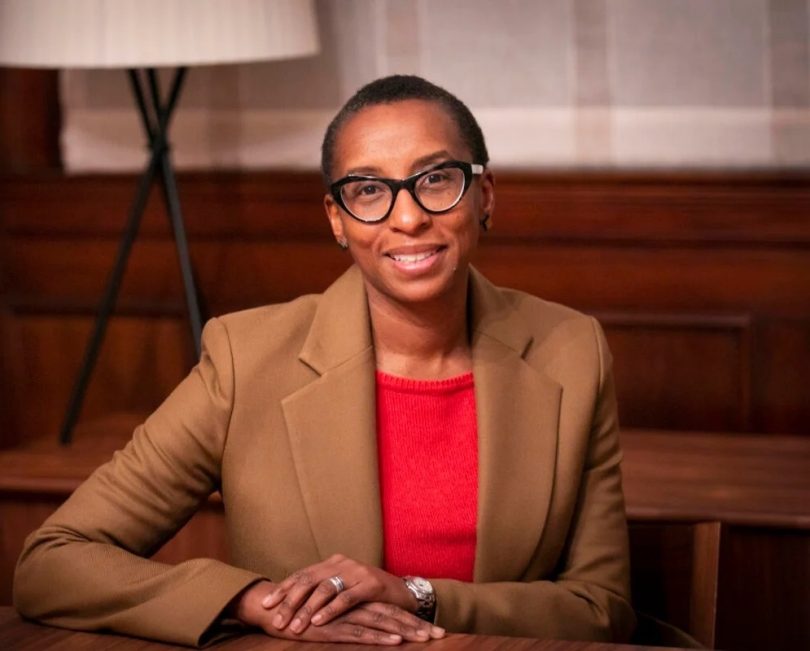 Edgerley Family Dean of the Faculty of Arts and Sciences (FAS) at Harvard University, Claudine Gay, the daughter of Haitian immigrants, has been selected to be the University’s 30th president. She has served as FAS Dean since 2018 and guided the biggest and most academically diverse faculty at Harvard in its efforts to expand students’ access and opportunities, encourage excellent and innovative teaching and research, enhance elements of academic culture, and focus anew on areas including quantum science and engineering, climate change, ethnicity, indigeneity, and migration, and the humanities. She led the FAS through the COVID-19 pandemic and launched an innovative faculty-driven planning process in a review of basic academic structures, resources, and operations. She will move into her new position as Harvard’s president on July 1, 2023.

Gay earned a bachelor’s degree from Stanford in 1992 with a major in economics. She won the Anna Laura Myers Prize for the best undergraduate thesis, and in 1998, received a Ph.D. in government from Harvard, winning the Toppan Prize for best political science dissertation. Gay is a quantitative social scientist and expert in political behavior. She was an assistant professor, then a tenured associate professor at Stanford prior to her recruitment by Harvard as a professor of government in 2006. She was appointed a professor of African and African American Studies in 2007 and named the Wilbur A. Cowett professor of Government in 2015 when she was named Dean of Social Science at FAS.

Gay’s election as president by the Harvard Corporation, the chief governing board of the University, comes at the end of an intensive search process initiated following the announcement by Larry Bacow, who had served as president since 2018, that he would step down from the position at the end of the academic year. The search for a new president began in July 2022 with emails to over 400,000 faculty, students, staff, alumni, leaders in higher education and others, who spoke to over 150 individuals to receive their nominations and advice.

After her election, Gay said she was humbled by the confidence the governing boards placed in her and by the idea of succeeding Bacow in the presidency. She noted that the University is facing a moment of social, political, economic, and technological change and that many basic assumptions about the world and human relations are being tested. She then noted that Harvard has a long history of successfully meeting new challenges and that it will engage with the world to provide pioneering thinking to these challenges. She added that there was much for her to discover about the institution she loves and that she is looking forward to doing that with the entire Harvard community.

Harvard University was founded in 1636 and is committed to excellence in teaching, learning, research, and educating leaders and pursuing scholarship in numerous disciplines in order to make a positive difference in communities worldwide. Harvard has an enrollment of over 20,000 degree candidates and more than 360,000 alumni around the globe.