Caribbean Investment Summit Brings Much Needed Focus to the Region 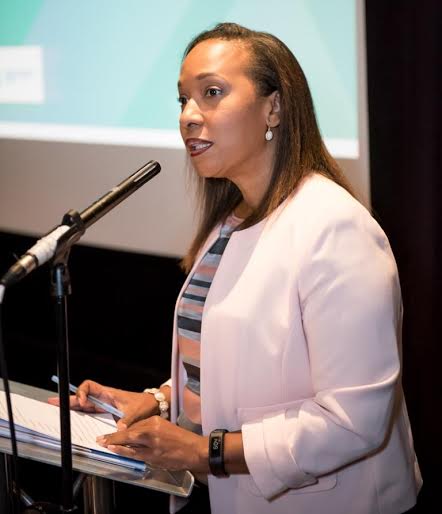 Funded by the European Union, within the framework of the 10th European Development Fund, Regional Private Sector Development Programme and the Haiti Dominican Republic Binational Programme, Caribbean Export welcomed H.E. the Right Hon. Perry Christie, Prime Minister of the Bahamas at the opening ceremony.  He underscored that the Caribbean had recovered well from the financial crisis and that there are significant opportunities in renewable energy and tourism, among others.  In addition, he indicated that there have been increased efforts in the region to strengthen human capital to support the attraction of FDI and that innovation and public private partnerships are being used by Caribbean countries to attract FDI.

Ms. Pamela Coke Hamilton in her remarks emphasized the continued role of her Agency in promoting and supporting a collaborative approach to attracting FDI into the Caribbean. Ms. Coke Hamilton emphasised the success of the region in supporting successes such as Grace Kennedy, Digicel and Tucker Energy Services (TES).  She noted the many reasons investors have chosen the Caribbean highlighting that “…among their top priorities are location, openness of trade, infrastructural developments, a skilled labour force, economic and political stability, and flexible incentives.”

Mr. McHale Andrew, President of the Caribbean Association of Investment Promotion Agencies (CAIPA) disclosed for those present the results of 2 studies undertaken on investor perception in the region. He noted that based on the findings, investors came to the region to take advantage of the market access and the political and economic stability the region provides. Mr. Andrew underscored the fact that the Caribbean is second only to the OECD countries in Trading Across Borders and Protection of Investors indicators in the World Bank’s Doing Business Report of 2014. He also noted that as many as 81% of existing investors are reinvesting or plan to reinvest in the Caribbean and that 71% of investors polled would be likely or very likely to recommend the Caribbean host country’s business climate.

The Investment Promotion Agencies present at the event were: the Bahamas Investment Authority, BelizeInvest, the Centre for Export and Investment in the Dominican Republic, the Centre for the Facilitation of Investments in Haiti, the Grenada Industrial Development Corporation, Invest Saint Lucia and Jamaica Promotions Limited (JAMPRO).