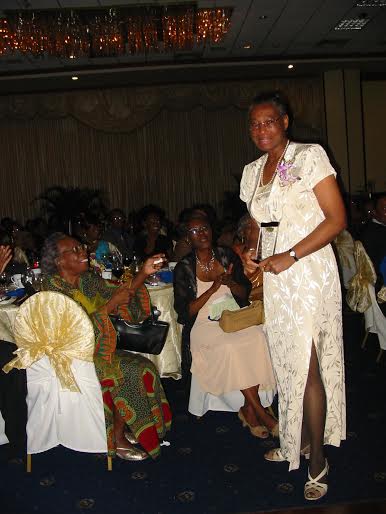 The St. Hugh’s Past Students’ Association (SHPSA) celebrates the life of past student, Mercedes Richards (nee Davis), who was a Professor of Astronomy and Astrophysics at Penn State University in the USA at the time of her death on February 3, 2016 at the age of 61. She was a respected scientist and science educator in the USA, whose research specialty was on interacting binary stars. She was the first astronomer to make clear images of the gravitational flow of gas between binary stars. To do this, she used a mathematical technique, called tomography, which creates 3d images from 2d projections or shadows, a process which Mercedes simply called “magic”.

As an educator, Mercedes was passionate about instilling a love of learning in her students. “It is important to me that I convey that sense of excitement for my students”, she said in a video clip on YouTube. “I want them to realize that it’s not just book learning, that there is a sense of adventure and a sense of discovery in every aspect of astronomy… What’s really important is that they have that passion for science and a passion for discovery. Not just science… because… history, art, music, literature… and science are all blended in one and what I want my students to have is a love of learning.”  Her outreach activities involved the promotion of science literacy for schoolchildren; and she was an advocate for the promotion of young people in the fields of physics and astronomy, especially those from underprivileged backgrounds. Her alma mater, St Hugh’s High School (SHHS), also benefited from her generosity through a financial contribution to the St. Hugh’s Past Students’ Foundation, which was established in 1997 with one of its objectives being the support of science education at the school.

In 2009, Mercedes was honoured by the SHPSA on the occasion of the school’s 110th anniversary. In responding to the letter informing her of her nomination, Mercedes replied that she hoped that her Mathematics teacher at St Hugh’s, Miss Marjorie Thomas, could be honoured instead of her, saying, “She played a very special role in my career.  She gave me a strong foundation of mathematics that made it easier to understand complex topics in Physics and Astronomy.”

Mercedes earned a Bachelor’s degree in Physics with special honours from The University of the West Indies (The UWI) in 1977; a Master’s in Astronomy from York University (Toronto) in 1979; and a doctoral degree from the University of Toronto in 1986. She was a leading researcher in her field publishing more than 100 papers, some with her husband Dr Donald Richards, a Mathematician and professor of Statistics, who received his doctoral degree from The UWI.

In 2008, the Institute of Jamaica awarded her the prestigious Gold Musgrave Medal for distinguished eminence in the field of Astronomy. She has also received many professional accolades, most recently in 2015 when she was elected to serve for three years as a Councilor for the American Astronomical Society. She received the American Physical Society’s Woman Physicist Award in July 2013. In 2012, she was elected to a three-year team as president of the International Astronomical Union’s Commission on Close Binary Stars; in 2010 the Council for International Exchange of Scholars honoured her with a Fulbright Distinguished Chair for research at the Astronomical Institute of the Academy of Sciences in Slovakia.

The SHPSA has extended its heartfelt condolences to her mother, Dorothy Phyllis (Birdie) Davis, her husband Donald, daughters Chandra and Suzanne, her brother Rev’d. Frankie Davis (Methodist minister in New Jersey, USA),  and her many colleagues and friends.