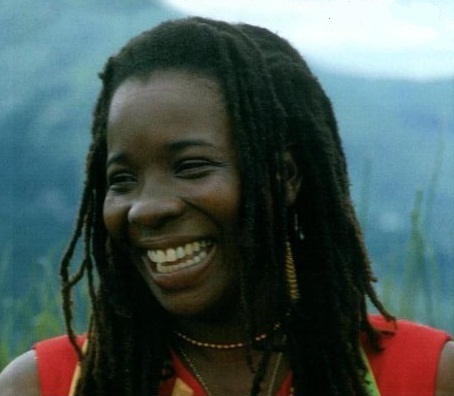 Rita Marley is the window of famed reggae artiste Robert Nesta Marley. She was born Alpharita Constantia Anderson in Santiago de Cuba, Cuba, on July 25, 1946, and raised by her aunt on Greenwich Park Road in Kingston. She trained as a practical nurse, but her career was delayed in order to start a family. She is known as the “Queen of Reggae” and is an accomplished singer. She was a member of the I-Threes, the former back-up singers for Bob Marley, Peter Tosh and The Wailers.

Rita met Bob Marley in the mid 1960s, and once found out she was a talented singer, he asked her to audition for a group called “The Soulettes.” This group later became the “I-Threes.”  The group catapulted to fame with their song “I Love You Baby.” The “I Threes” comprised her cousin Constantine Walker and Marlene Gifford was. Bob Marley managed and mentored the group, and as they developed their careers, Rita and Bob fell in love.

Rita Anderson and Robert Nestor Marley were married on February 10, 1966. Although she was raised a Christian, she became interested in the Rastafarian Movement after a visit of Emperor Haile Selassie to Jamaica in April of 1966.

Rita Marley has recorded several reggae albums as a solo artist and has received accolades and success.

The Rita Marley Foundation is known for its philanthropic work in Jamaica and Africa. Through the foundation, she has adopted 35 Ethiopian children and assisted hundreds of children in Ghana. Her foundation works fervently to help the poor and hungry in Third World countries and has endowed numerous scholarships to music students at Ghana’s Berklee College of Music.

Mrs. Marley’s dedication to the memory of Bob Marley has been tireless, and she continues to lobby to have his remains sent to Ethiopia. She believes it was her husband’s dying wish to be buried on the continent of Africa because it was his dharma or mission in life.

Rita Marley continues to dazzle audiences by with her musical talent, collaborating with Fergie on a song called ”Mary Jane’s Shoes” and performing vocals for Khaled on his album “Liberte”. She has also added the title of author to her repertoire with a book named “No Woman No Cry: My Life With Bob Marley.”

She has been diligent in maintaining the memory and heritage of the Marley family for several decades. She is revered and honored as the driving force behind her husband’s and children’s’ stardom. Mother of Sharon, Cedella, David (Ziggy), Stephen, Stephanie and Serita Marley, she is also a proud grandmother.

For all of her achievements in Jamaica and in Africa, the Jamaican Hall of Fame salutes and celebrates the life of Mrs. Rita Marley!